(Reuters) – Atlanta Federal Reserve President Raphael Bostic said on Monday President Joe Biden’s decision to nominate Jerome Powell for a second term as Fed chair removes uncertainty for policymakers and is a “helpful” development as they approach some critical decisions.

“This decision really does take some uncertainty out of the Federal Reserve as an issue, and I think that’s helpful for all of us,” Bostic said in an interview on Bloomberg Television. He added that Biden had made a “fine choice” in renominating Powell as well as nominating Governor Lael Brainard to be Fed vice chair, the central bank’s No. 2 leadership role. 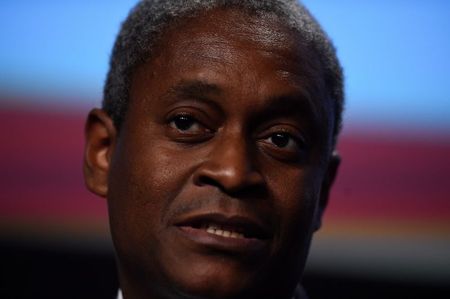 U.S. stocks close down on news of Biden tax proposal