WASHINGTON (Reuters) – The Federal Reserve said on Tuesday that Vice Chair for Supervision Randal Quarles would no longer lead the internal committee overseeing bank rules and supervision, as his term as the central bank’s top regulatory official expires on Wednesday.

Instead, that panel will meet as needed on an unchaired basis, and any regulatory projects will only advance if there is “broad consensus” among Fed officials, according to a Fed spokesperson.

The announcement provides some clarity on how the Fed will handle regulatory matters going forward, as Quarles’ term as the central bank’s top regulatory official ends. Quarles for now remains at the Fed as a governor.

It also suggests that Quarles, who was appointed to the Fed by Republican former President Donald Trump, will not pursue any ambitious deregulatory agenda now that he is officially no longer the Fed official in charge of that portfolio.

The Fed’s internal committee in charge of regulatory matters was run by Quarles, and included Fed Governors Lael Brainard, a Democrat, and Michelle Bowman, a Republican.

Under the new arrangement, any rulewriting or other major policy changes pursued by the group would have to be broadly agreeable, notably including Brainard, who dissented from several of Quarles’ efforts to ease rules on the banking sector.

President Joe Biden has yet to nominate someone to replace Quarles in that role. 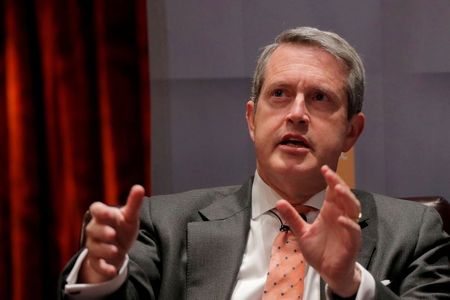