(Corrects home state of Seattle to Washington in last paragraph)

NEW YORK (Reuters) -As New York, San Francisco and a few other U.S. cities and counties require restaurants to check proof of COVID-19 vaccination to dine indoors, some fast-food chains are simply shutting their seating areas altogether – a move that may dent their sales.

The burger chain White Castle shut the seating sections in its more than 20 New York City locations in September, after New York City began asking customers over the age of 12 to prove they received at least one does of the vaccine in order to eat indoors.

By eliminating dine-in options, restaurants are forced to rely entirely on carry-out, drive-thru and delivery orders – which are generally more profitable. That also means they can eliminate costly labor required to clean seating areas and check customers’ proof of vaccination, and perhaps have an extra employee work the kitchen or counter instead.

White Castle Chief Operations Officer Jeff Carper said the chain was “able to redeploy some labor to focus on drive-thru, delivery and pick-up,” for instance.

Taco Bell, a unit of Yum Brands Inc, said it encouraged customers to place digital orders for pickup and delivery, adding that “our restaurants comply with federal, state and local regulations and guidelines to keep our team members and customers safe.” Two Taco Bell locations that Reuters visited had closed their indoor seating.

At McDonald’s Corp, franchisees consider multiple factors when deciding to close indoor seating, including COVID case counts, local regulations and staffing levels, the company said. On Sept. 16, 3 of the 8 McDonald’s locations in New York City visited by Reuters had closed their indoor seating.

“We continue to monitor the Delta variant closely and, as we have throughout the last 18 months, remain able to adapt quickly while maintaining our safety standards,” the company said.

Overall, consumer spending at U.S. restaurants has rebounded from last year’s mid-pandemic lows, up 9% to $440 billion in the 12 months ended in August, according to data from The NPD Group/CREST.

But the first mandate to check for proof of vaccination went into effect in New York City on August 17, and the city began to enforce the requirements as of Sept. 13.

Inspectors for New York City visited 18,182 establishments by Thursday, giving out 2,211 warnings and 6 violations of $1,000 for failing to check vaccination cards.

King County, Washington, home to Seattle, will require restaurants to check proof of full vaccination or a recent negative COVID-19 test beginning Oct. 25. San Francisco began requiring indoor diners to show proof that they had been fully vaccinated on Aug. 20. 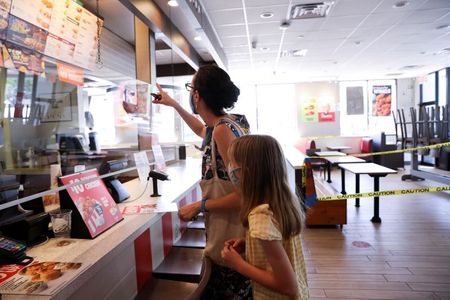 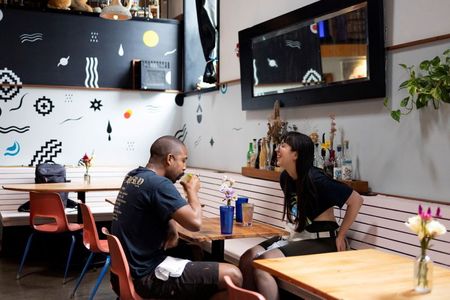 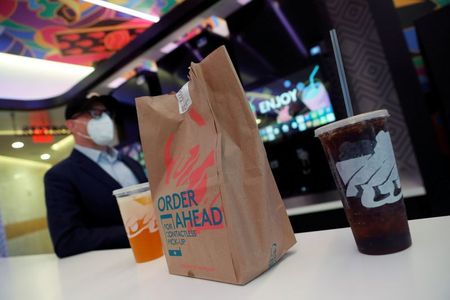 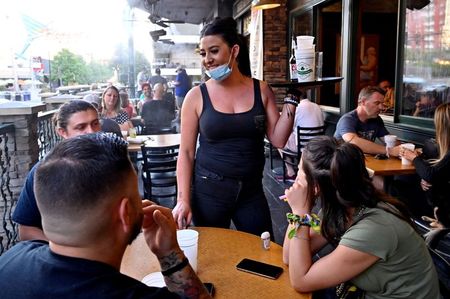 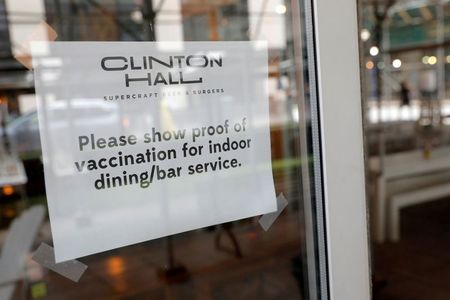 Spread of ‘Delta’ COVID-19 knocks wind out of UK economy in...

McDonald’s to boost diversity as part of values revamp