Rodriguez would be the bank’s first female governor.

The turn of events rattled investors wary of politicization of the monetary authority, whose governor has straddled the terms of presidents from rival administrations in the past.

Here are a few facts about Rodriguez:

* She has extensive financial experience, mainly in the areas of public budget and debt management, according to a short bio shared by the finance ministry’s press office.

* So far, Rodriguez, who would be the fifth governor since the bank became independent in 1994, has kept a low profile, making few public appearances and declining interview requests.

* She was deputy finance minister under then-Mexico City Mayor Miguel Ángel Mancera from 2012 to 2018.

* Rodriguez also served as a finance and budget official with the Mexico City government between 2009 and 2011, in addition to a previous post heading finances for the capital’s subway system.

* Initially, she had been tapped to serve as director of the finance ministry’s budget control unit, a less senior post, but moved up after Gerardo Esquivel was picked to serve on the central bank’s board.

* If ratified by the Senate, Rodriguez will take charge with annual inflation at 7.05% for the first half of November, after already having risen steadily this year beyond the bank’s 3% target.

* Following the news of Lopez Obrador’s change of mind, Mexico’s peso further weakened against the dollar on Wednesday, hitting an eight-month low. 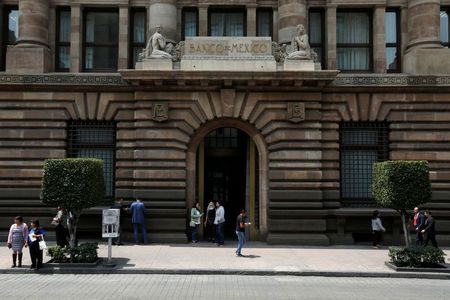 Petrobras shares slump as Brazil’s Bolsonaro doubles down on intervention