Home Business Factbox: How Fed policymaker investments stack up against each other

(Reuters) – U.S. Federal Reserve senior officials’ private investments are under growing scrutiny following revelations and the subsequent resignations of two regional Fed Bank Presidents for controversial trades last year at a time when the central bank was undertaking a rescue of the economy.

The six members of the Fed Board of Governors are required to file annual financial disclosures, which are publicly available. The disclosures differ in the depth of reporting detail and financial complexity.

Here is a rundown of each Fed governor’s recent investment patterns:

Disclosures https://tinyurl.com/4c88auzx show Brainard, who is a possible candidate for promotion by the Biden administration to Vice Chair for Supervision or Fed Chair, made no transactions in 2020.

She also owns a home with a mortgage of between $1 million and $5 million at a 4.25% rate, which she has not refinanced since she started at the Fed.

Clarida made five transactions https://tinyurl.com/p8a7nr9u in 2020, including the sale on Feb. 27 of bond fund shares and the purchase that same day of two stock indexes, on the eve of Fed Chair Jerome Powell’s statement indicating potential policy action due to the worsening of the COVID-19 pandemic.

On Aug. 3 last year, he sold one broad stock-index fund and bought more shares in one of the stock funds he purchased in February.

In 2019 he made seven transactions and in 2018, the year he joined the Board, he made 14 transactions, including the sale of Amazon stock and his spouse’s holdings in the Vanguard Information Technology index, as required in his ethics agreement to take up his post.

In 2020 his largest holding of a single security was $5 million to $25 million in the PIMCO Muni Bond Fund index.

Bowman made five transactions https://tinyurl.com/j2wcz4wr last year, all in retirement funds. In 2019 she made four, including the sale of a commercial building in Kansas for between $50,001 and $100,000.

Quarles’ holdings are the most numerous https://tinyurl.com/2dvh7wt2 and least opaque of the group.

He had two transactions last year associated with the Cynosure Group, a Utah-based private investment firm he helped form in 2014 with other members of the family of his wife Hope Eccles: the purchase on April 2 of Cynosure Investment Partners Class 2020 Venture and the sale of same on Dec, 21.

Quarles reported he owns “more than $1 million” in a range of assets, including a hotel and restaurant as well as other real estate in the Deer Valley Ski Resort in Utah and a ranch in Idaho. He also owns several individual stocks, including Union Pacific Corp, General Electric Co and Wabtec plus $1 million to $5 million in several funds, including the SPDR S&P 500.

He owns a home with a mortgage from Wells Fargo of between $1 million and $5 million at a 3.15% interest rate. In 2020, he also repaid a Wells Fargo home equity line of credit secured by an investment/rental property.

The Fed’s newest governor, former St. Louis Fed research chief Christopher Waller, was appointed in December last year. Since he served fewer than 60 days in 2020, he was not required to submit an annual disclosure for 2020 and his first annual filing will be for 2021. 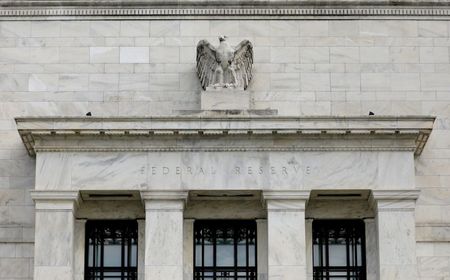 European economy is recovering better than we had feared: Scholz

With Trump’s impeachment trial over, Biden pushes his agenda in televised town hall