By Pete Schroeder and Andrea Shalal

WASHINGTON (Reuters) -U.S. President Joe Biden’s pick to lead one of the country’s top banking regulators will focus on ensuring a fair and competitive market in which small and mid-size banks can thrive, she told lawmakers Thursday.

Saule Omarova appeared before the Senate Banking Committee to explain why she should be confirmed as Comptroller of the Currency (OCC) despite opposition from banks, Republicans and even some Democrats.

In her testimony, Omarova said she wanted to protect small and mid-sized banks, which have shrunk in number in recent years, harming communities’ access to credit.

“Community banks are also forced to compete with Big Tech companies, like Facebook, that do not play by the same rules,” she wrote.

A professor at Cornell Law School and a former U.S. Treasury Department official as the financial crisis began unfolding in 2007, Omarova has won praise from Democratic progressives who believe she would be tough on Wall Street. She would also be the first woman to lead the 3,500-person agency.

But her nomination was met with fierce opposition from banks, who say her academic work arguing for big institutions to be broken up and for the Federal Reserve to provide public bank accounts is anti-capitalist. While nominees can pass with a simple majority, Omarova may still struggle to gain enough votes in a divided Senate, said Washington insiders.

Senator Sherrod Brown, who heads the committee, said Omarova is one of the most qualified nominees ever for the job, and decried “outlandish, unfounded claims based on where she grew up.” Omarova was born and raised in Kazakhstan, at the time part of the Soviet Union.

Senator Pat Toomey, the top Republican on the panel, described her academic writings as a “socialist manifesto for American financial services.”

In a recent interview with Reuters, Omarova bristled at what she sees as largely personal attacks and “misperceptions of her work,” and said her experience of an oppressive state-run system had given her an appreciation of American values.

“All of my academic work is driven by one desire: how to improve our financial system and our financial regulation so we do not have a repetition of the 2008 crisis. It’s not about somehow destroying private banks; it’s not anti-free market,” Omarova said. 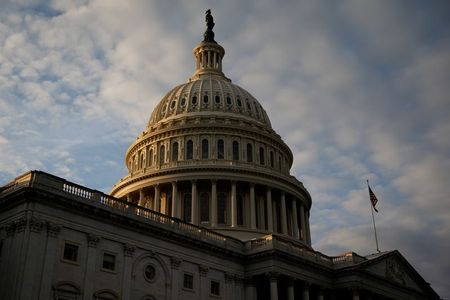 China’s economy picks up speed in fourth quarter, ends 2020 in solid shape after...

Buffett and Munger heap criticism on Robinhood for casino-like atmosphere

Apple will modify executive bonuses based on environmental values in 2021

Gulf’s Kuwait Airways in talks with Airbus to amend 2014 aircraft...