HOUSTON (Reuters) – The recent overhaul of Exxon Mobil Corp’s board of directors could shift billions of dollars in spending and strategy over several years, but any changes likely will take time, analysts and investors say.

A quarter of directors last month lost their seats to outsiders, and the March appointment of activist Jeff Ubben puts a third of the 12-member board in new and more cost-conscious hands. Investors who rejected Exxon’s view of a slow transition to lower-carbon fuels also want spending to be revisited, they said.

The Exxon boardroom contest shocked the energy industry and came after years of weak financial returns at the largest U.S. oil producer. Shares are up by about 50% this year as oil prices have recovered from pandemic lows.

Exxon’s board has been a prestige post for former CEOs, typically without any energy experience. Critics said the practice led Exxon to miss industry shifts and play catch-up at the expense of its balance sheet. Exxon bought in to natural gas near its peak, leading it to reduce the value of properties in the United States, Canada and Argentina by more than $19 billion last year, and paid up to arrive late to the shale oil party.

Investors want a “fundamental rethink on strategy,” she said, with “the big measure” being its $16 billion-$19 billion annual project spending. The shakeup puts in play billions of dollars in shale, liquefied natural gas, refining and chemical projects.

Asked to comment on its new board and strategy, Exxon said only that it welcomed the new directors. “We look forward to working with them collectively to benefit all of our shareholders.”

Exxon needs “a real review of its strategy” in the wake of last month’s International Energy Agency report that challenges the need for new projects if the world wants to reach net-zero emissions by mid-century, said Bess Joffe, head of responsible investment at the Church Commissioners for England.

“The board is going to have to adapt” by giving investors more information on projects and environmental, social, and governance issues, or ESG, said David Larcker, director of the Corporate Governance Research Initiative at Stanford Graduate School of Business.

“It’s just not a company that can turn on a dime,” Larcker cautioned, adding that this year’s budget is set. It is midway into big outlays in Guyana, Brazil, U.S. shale and chemicals, analysts said.

Exxon failed to communicate the importance of that phase-in to investors, she said.

“It has not been well done by Exxon Mobil for sure and that’s one of the things that we have to work on is how do we tell the story,” said Burns, who has served in many roles including as former chairman and CEO of Xerox Corp.

She said Exxon did not pay attention early enough to public frustration over global warming and ESG. Investors, she said, “wanted a direct, in some cases, (and) in some ways, an impossible message to be given.” Burns added that “most of the board” thinks an energy transition is needed and that companies like Exxon need to be engaged in how that happens.

Energy analysts do not see Exxon slashing its biggest ventures – offshore oil in Guyana and Brazil, or liquefied natural gas (LNG) in Asia and the United States – due to long-term commitments. It already has cut spending in the United States and could lower further, they said.

In the United States, Exxon has sharply cut drilling and reduced its shale output goals to 700,000 barrels per day from 1 million. But even there, Exxon’s multi-year projects “are hard to undo,” said Peter McNally, an analyst with investment research firm Third Bridge Group.

However, investors are not buying the poor-messaging explanation or belief that spending decisions cannot be revisited.

“This is a call to reassess fundamentals of supply and demand for energy in the long term, and to question whether Exxon’s current thinking around renewables gaining market share is too modest,” said Stewart Glickman, analyst at CFRA Research, in a client note.

(Reporting by Jennifer Hiller in Houston; Editing by Gary McWilliams and Matthew Lewis) 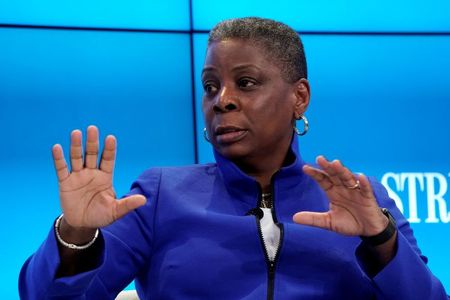 May flowers: Where the U.S. retail blooms are and are not

Dogecoin loses third of price after Elon Musk calls it a...