HOUSTON (Reuters) – Exxon Mobil Corp said on Tuesday that a vote to remove the United Steelworkers union (USW) from representing locked-out workers at its Beaumont, Texas, refinery would go forward no matter the outcome of a contract ratification vote next week by those same workers.

USW Local 13-243 announced on Monday night that Beaumont refinery and lubricant oil plant workers would take their first vote on an Exxon contract offer on Oct. 19, six months after they were locked out of their jobs and 10 months after negotiations began.

Since the lockout, Exxon has kept the 369,024 barrel-per-day refinery, which produces Mobil 1 motor oil, in operation at a reduced production level, with managers and supervisors supported by some temporary replacement workers.

The company has repeatedly criticized the length of time the union has taken to vote on the contract.

“Regardless of the status of a ratification vote, or end of the lockout, the employee-led decertification process will continue per the guidelines of the (U.S. National Labor Relations Board),” Exxon said in a statement.

The union views the contract vote and decertification vote, which has yet to be scheduled by the National Labor Relations Board (NLRB), as two separate issues, said Bryan Gross, USW international representative, in Beaumont.

“We still have to represent the members,” Gross said on Tuesday in a telephone interview. “The decertification vote is still months away.”

At least 30% of the 650 workers represented by the USW at Beaumont have submitted a petition for decertification, for reasons that are unclear. The NLRB is verifying the signatures, Gross said.

The USW in April filed a complaint with the NLRB alleging Exxon had violated federal law by providing an employee with decertification materials. The NLRB has yet to rule.

An NLRB spokesperson was not immediately available to comment.

“As for the company’s offer, we think it’s subpar,” Gross said. “But it’s up to the members to decide.”

The USW has opposed Exxon’s contract offer because it would eliminate job seniority and remove lead operators on units. Exxon in September modified its offer to increase job protection for lubricant plant workers. 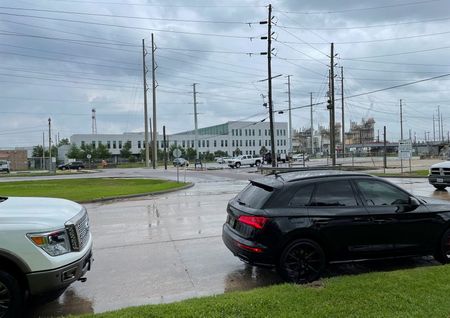