HOUSTON (Reuters) -Exxon Mobil Corp on Thursday rejected a proposal by the United Steelworkers union (USW) to end an eight-month lockout of about 600 workers at the company’s Beaumont, Texas, refinery, the company said.

The union’s proposed modifications to contract language do not meet the company’s goals and would increase costs, Exxon said. The company told the union “we remain far apart,” it said on its Embeaumont.com website.

The two sides met for about an hour on Thursday in their first negotiating session since late October, said Bryan Gross, USW international representative.

“We made a few modifications around holiday pay and a few other items to match other Exxon Mobil contracts at the Baytown (Texas) and Baton Rouge (Louisiana) refineries,” Gross said. He said the proposal modifications were not concessions.

The two sides are awaiting results from a U.S. National Labor Relations Board (NLRB)-supervised decertification vote on whether to remove the union from the plant.

The company has said it would end the lockout when its contract proposal, rejected by the union members in October, is ratified or when the union is removed through decertification.

On Dec. 29, the NLRB said it impounded ballots in the decertification vote while it investigates the union’s complaints of unfair labor practices against Exxon. Results may not be known for several weeks, a NLRB spokeswoman said.

The federal board is reviewing union charges that the months-long lockout was intended to break the union at the plant and that Exxon improperly aided a union-removal campaign. Exxon has denied the allegations.

USW 13-243 officials have said Exxon’s offer would eliminate job security for many of its members, while the company has said the changes are needed to operate profitably in low-margin environments. 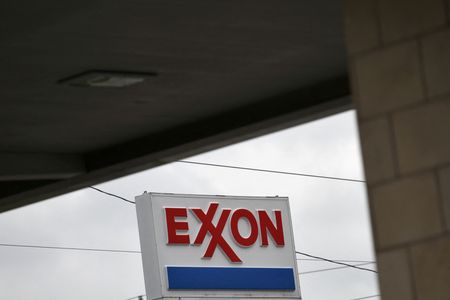 Money inflows into global equity funds drop in the week to Sept. 8 -Lipper