By Abhirup Roy and Aditya Kalra

NEW DELHI (Reuters) -Indian TV network Zee Entertainment is locked in a legal battle with its top investor Invesco after the U.S. firm, citing corporate governance concerns, called for the CEO’s removal and a revamp of the company’s board.

Zee has said it has tightened its governance, but the row is unabated just as one of India’s biggest news and entertainment TV groups plans a merger with the local unit of Japan’s Sony Group Corp.

Here is what the dispute is all about:

WHAT DOES INVESCO WANT?

Invesco’s legal filings reviewed by Reuters – which are not public – show it wants changes at Zee in light of corporate governance and financial irregularities that have plagued the company, and have even been flagged by India’s market regulator.

Invesco’s Developing Markets Fund and its OFI Global China Fund LLC together own a near 18% stake in Zee. They have suggested six new independent board members to be appointed and the removal of Zee CEO Punit Goenka.

Invesco asked Zee on Sept. 11 to call an “extraordinary general meeting” of shareholders to consider its demands.

Zee on Oct. 1 rejected Invesco’s request to revamp the board. Invesco then took the battle to India’s companies tribunal, where it is trying to force Zee to call the meeting, saying Zee’s behaviour is “oppressive”. A tribunal has ordered Zee to respond before Oct. 22.

The Indian TV giant says that it has implemented corrective plans to address concerns raised by the market regulator and that it follows the “highest standards of governance”.

It remains unclear which way the shareholders will vote if a meeting is called, but Zee’s founder Subhash Chandra, father of CEO Goenka, has accused Invesco of plotting a hostile takeover.

“They want to take over the company against Indian laws,” Chandra has said. Invesco has said good governance can help improve Zee’s business.

IS THE ZEE-SONY DEAL AT RISK?

While Invesco was pushing for a shareholder meeting, Zee announced its talks with Sony. The terms say Goenka will be CEO of the merged entity, which will be majority owned by Sony.

Invesco has in Indian tribunal hearings said it is not against the Zee-Sony plan, but its filing does criticize how the two entered into talks.

The Sony deal would allow Chandra’s family to raise their shareholding to up to 20%, from 4% now, Invesco said, adding that it was “plainly an attempt to distract the general public” and stall the convening of a shareholder meet.

“I urge Invesco to behave like a shareholder not like the owner … You want a fight, then I will fight back,” he said.

Zee, which has for years offered dozens of entertainment channels and shows in many local languages in India, is a household name. It is now finding support from Bollywood.

Invesco, according to Zee, tried in February to forge a deal with parts of an Indian group in a move that would have allowed Goenka to head the new company and raised his family’s stake in the merged firm. Zee did not name the group.

That deal did not go through, however, as Zee did not believe it was in shareholders’ interest.

In response, Invesco accepted that it did facilitate talks, which it said were between Zee and Reliance, naming for the first time the conglomerate controlled by billionaire Mukesh Ambani.

Invesco added that it would not seek a deal that would dilute long-term shareholder interest.

Reliance also confirmed it approached Zee for a merger with help from Invesco but said the talks fell apart as the investment firm did not agree with a demand from Goenka’s family for an option to raise their stake later. It added that it had never resorted to any hostile transactions. 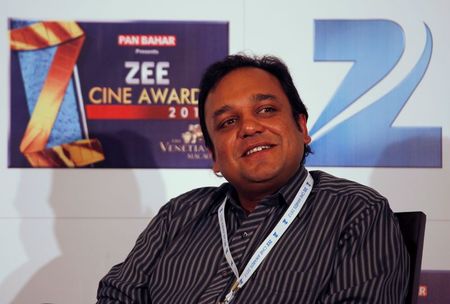