(Reuters) – The U.S. Justice Department has launched a criminal investigation into Eli Lilly and Co focused on alleged manufacturing irregularities and records tampering at a factory in Branchburg, New Jersey, that produces the pharmaceutical giant’s COVID-19 therapy and other drugs, three people familiar with the matter said.

The probe represents a significant escalation of the government scrutiny on Lilly. The pharmaceutical company, one of the world’s largest, has been under examination for more than a year by the U.S. Food and Drug Administration over alleged manufacturing and records violations at the Branchburg factory.

Reuters questioned Lilly about the criminal inquiry on Wednesday. On Thursday morning, the company disclosed in a securities filing that it had received a subpoena from the Justice Department in May seeking documents related to the Branchburg factory.

The company did not disclose anything more about the nature or focus of the investigation and said it was cooperating fully in the matter.

Lilly said it had previously engaged external counsel to conduct an independent investigation of certain allegations relating to the Branchburg plant. The company submitted the same information Thursday to Reuters in response to the news agency’s questions.

“Lilly is deeply committed to manufacturing high-quality medicines for patients who need them, and the safety and quality of our products is our highest priority,” the company said.

The Justice Department inquiry follows a Reuters report in March that a Lilly human resources officer alleged she had been forced out of her job https://www.reuters.com/article/us-health-elililly-special-report/special-report-insider-alleges-eli-lilly-blocked-her-efforts-to-sound-alarms-about-u-s-drug-factory-idUSKBN2B31K5 at the factory after undertaking internal investigations of employee complaints about manufacturing lapses, falsified or destroyed records and staff shortages.

In April, employees accused a factory executive of altering FDA-required documents in order to downplay problems, according to an unsigned internal complaint reviewed by Reuters https://www.reuters.com/business/healthcare-pharmaceuticals/exclusive-lilly-hit-by-staff-accusations-fda-scrutiny-covid-drug-factories-2021-05-05/?utm_medium=Social&utm_source=twitter.

The company previously told Reuters that none of the issues flagged by FDA inspectors affected the quality of medicines released to doctors and patients. Lilly also has denied retaliating against any employees.

The Justice Department inquiry, which involves U.S. prosecutors and other officials in New Jersey and Washington, began in recent weeks, the three people said. The Federal Bureau of Investigation is participating in the probe, they said.

A spokesman for the New Jersey U.S. attorney’s office declined to confirm or deny the existence of an investigation. Justice Department and FDA representatives in Washington had no immediate comment on the probe. The FBI declined to comment.

The investigation is in its earliest stages, the three people told Reuters, and the Justice Department has not accused Lilly or any of its employees of wrongdoing. The department could ultimately pursue criminal charges, seek civil sanctions or close the probe without taking action.

Investigators have not zeroed in on specific legal violations that could form the backbone of a case, one of the sources said.

Steven Lynn, a former head of the FDA’s Office of Manufacturing and Product Quality, said the federal government rarely seeks criminal charges stemming from manufacturing violations unless those lapses are extremely serious and the company does little to fix them.

“This is a big deal,” Lynn said of the Justice Department decision to launch a criminal probe of Lilly, echoing three industry and regulatory experts interviewed by Reuters.

In November 2019, FDA inspectors arrived at the Branchburg plant for an inspection and found that quality control data had been deleted and not appropriately audited, Reuters has reported. The plant produced blockbuster diabetes drug Trulicity as well as several cancer medications.

Federal documents show the FDA cited the problems in March 2020 as “Official Action Indicated,” or OAI, which is its most serious category of violation. If not addressed, an OAI can lead to a prohibition on the sale of drugs from a facility, regulatory experts say. The FDA has not taken further public action.

Inspectors returned in July and found several more problems. Among them: Batches of drugs had been discarded because of manufacturing mistakes and quality control problems were not being properly investigated by the company to prevent recurrence.

In response to a Reuters open records request, the FDA in May released two Lilly memos responding to the problems that the agency’s inspectors found in New Jersey. Lilly told the FDA it takes the agency’s findings “very seriously” and understands “the criticality of data integrity across the entirety of our operations,” a September 2020 Lilly memo said.

The FDA declined to release additional records about the New Jersey plant, saying it is “information compiled for law enforcement purposes” and disclosure could interfere with such proceedings.

In October, the Trump administration ordered $375 million worth of Lilly’s COVID-19 antibody therapy bamlanivimab, which is manufactured in Branchburg. Shortly afterward, the FDA authorized the drug’s use on an emergency basis to help curb the pandemic. Bamlanivimab is now combined with a second Lilly drug, called etesevimab, to treat COVID-19.

A condition of the emergency authorization was that an outside auditor inspect batches of bamlanivimab to ensure they met FDA standards. Lilly and the FDA have not responded to questions from Reuters about whether this requirement was met.

Reuters reported in March that a former Lilly human resources officer, Amrit Mula, had identified internally some of the same violations later documented by the FDA. Mula was forced out of the company in early 2019 after Lilly executives sought to downplay her findings, according to a letter demanding compensation for damages that her attorneys sent to the company in December 2019. The attorneys argued the company retaliated against Mula for raising legitimate concerns as part of her job.

In April, a group of Lilly employees in New Jersey asserted in an internal complaint that a top quality executive at the Branchburg factory, Lydia Wible, rewrote findings by Lilly technical experts to make the conclusions appear more favorable to the company. Wible did not respond to a request for comment sent Wednesday.

Lilly confirmed the existence of the internal complaint about Wible to Reuters, and said it had referred the matter for investigation to an outside party. It did not name that entity.

An internal Lilly response to the employee complaint, reviewed by Reuters, shows that the company hired the Washington-based law firm Covington & Burling LLP to investigate the matter.

Gerald Masoudi, a Covington partner who once served as FDA’s chief counsel, is collecting information from employees, the document shows. He did not respond to questions from Reuters. 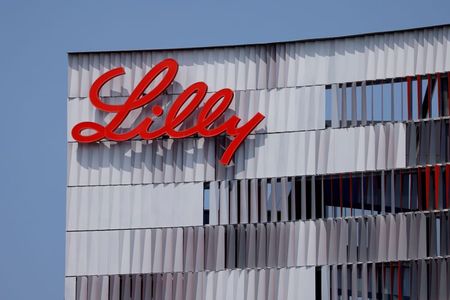