MADRID (Reuters) – A Madrid court has cut a compensation payout awarded to banker Andrea Orcel over Santander’s withdrawal of a CEO job offer to 51.4 million euros ($58.75 million) from an initial 67.8 million euros, a court document seen by Reuters on Friday showed.

Orcel and Santander ended up in court after Spain’s largest bank dropped plans to make the former UBS investment banker its CEO as a result of a disagreement over his pay. Orcel had already left UBS to prepare for the new role.

The amended court ruling comes after both Orcel and Santander requested clarification from the judge on 35 million euros initially awarded to the Italian banker by the court on Dec. 10, the document showed.

Neither the court nor Orcel’s legal team were immediately available for comment.

It was not immediately possible to reach Orcel for comment.

A Santander spokesperson said the bank “welcomes this clarification and will resume the appeal process in due course”.

Orcel’s legal team, which originally sought as much as 112 million euros from Santander for breach of contract, filed an amended lawsuit on May 17, 2021, reducing the claim after he joined Italian lender UniCredit.

After the December ruling, Orcel’s legal team asked the judge if the amount to which the banker was entitled under the buyout clause was 29 million euros or 18.6 million euros without tax equalisation.

In the court document seen on Friday Madrid judge Javier Sanchez Beltran acknowledged there was an error in the December ruling, and that Orcel was not entitled to tax equalisation as part of the buyout clause.

The payout in cash Orcel is entitled amounts to 32.8 million euros while the more than 18 million euros reduced buyout clause will be paid in shares.

Following this clarification, Santander now has 20 days to file an appeal against the December ruling, two sources with knowledge of the matter said.

Appeals against the December ruling could delay a final outcome for another one or two years if legal proceedings reach Spain’s Supreme Court, several court sources said. 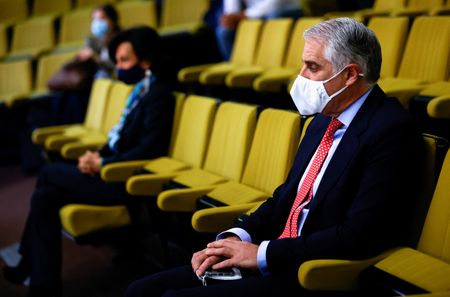