By Aleksandar Vasovic and Gabriela Baczynska

BELGRADE/BRUSSELS (Reuters) – Montenegro, a tiny Balkan state in heavy debt to China, is negotiating to tap hundreds of millions of euros in cheap European Union credit and preparing to sell off state assets to ease its financial dependence on Beijing, senior officials said.

Montenegrin indebtedness to China is at the heart of a hot debate about Chinese influence in Europe and could complicate EU expansion into the Balkans, EU officials, who asked not to be identified, told Reuters. Montenegro is a candidate to join the EU, a process that requires meeting fiscal standards.

Montenegro borrowed $944 million from China in 2014 to fund a 41-km (25-mile) stretch of highway, which foes of then-Prime Minister Milo Djukanovic dubbed the “Road to Nowhere”, saying it typified waste and mismanagement under his rule, an accusation he denied.

It was to be the first leg of a 163-km link to neighbouring Serbia, touted as a way to facilitate China-Europe trade via the Balkans. The 41-km segment, originally due for completion in 2019, is now set to be finished by Nov. 30.

But critics including Montenegrin opposition leaders, local economists, anti-corruption activists as well as the World Bank and International Monetary Fund called the highway an unnecessary white elephant when the loan was signed.

Those opposition figures are now in the government of Prime Minister Zdravko Krivokapic as it pursues negotiations with EU lenders to improve its financial position.

Total government debt now equals 103% of economic output. Cheap EU funds could give Montenegro more financial headroom to invest in projects that will boost the economy, hit hard by the COVID-19 pandemic, said an EU official involved in the talks.

“The plan is that we get offers from the three of them and then blend them together,” the official said. “Hopefully, an offer could be ready in the coming weeks, before the summer.”

A source familiar with the EU approach to Italy’s CDP said the EU had asked it, among others, to propose solutions for Montenegro but concrete steps had yet to be taken.

The European Commission and Montenegro initially debated refinancing the Chinese debt but abandoned the idea because it would have required Beijing’s approval and they did not think China would be amenable, the EU official said.

A Chinese Foreign Ministry spokesperson said the highway was important for Montenegro’s socio-economic development and that Beijing put great importance on developing ties with the Adriatic coastal republic of 628,000 people.

The state-owned Export Import Bank of China, which extended the 20-year loan, did not respond to a request for comment.

The European Commission said it would keep working with Montenegro to support its infrastructure projects and was open to supporting remaining sections of the highway project.

“The Commission will continue to support Montenegro on its path to membership and in this context work with the country to find financial solutions for its investment projects and also ensure the sustainability of its public debt,” spokesperson Anna Pisonero said. She declined to elaborate.

Montenegro, famed for its spectacular mountain scenery and serrated coastline, also wants to launch a long-awaited audit of state assets, from railways to prime seaside land, with the aim of selling some of them to help it pay down government debt.

“We need to have a strategic overview of our state-owned sector,” Finance Minister Milojko Spajic told Reuters.

The state still owns several former Yugoslav navy berths and installations in the picturesque Bay of Kotor. In the past, the government has sold naval land for tourism development.

Spajic did not give an estimate for how much money could be raised from asset sales.

It is unlikely, though, that privatisation alone will be enough to significantly ease Montenegro’s debt burden, according to Dejan Milovac of Montenegro’s MANS anti-graft watchdog.

Montenegro has already agreed with China to defer repayment of the first 60-million-euro tranche of the loan, now due in late 2022. The deferment is in line with delays on construction of the road by Chinese developer CRBC, the government says.

Spajic said Montenegro was also looking at using a financial derivative to effectively swap the Chinese loan into euros from dollars and cut the interest rate to 0.6% from 2%.

Finding a counterparty willing to enter into such a contract could be a tall order, according to an official at an international commercial bank in Montenegro.

“This government can hedge but why would anyone give them an interest rate from 2% in USD to 0.6% in euros?” he said. 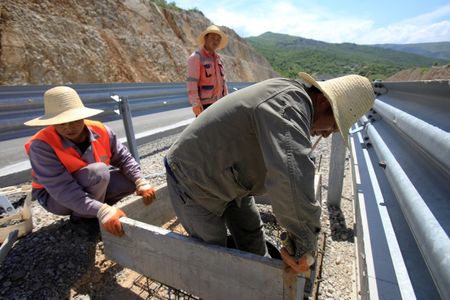 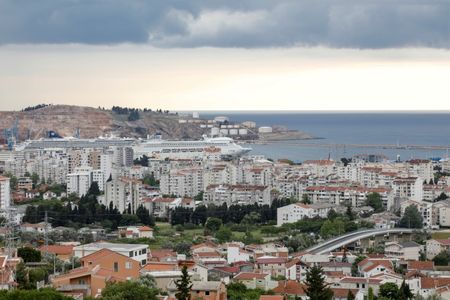 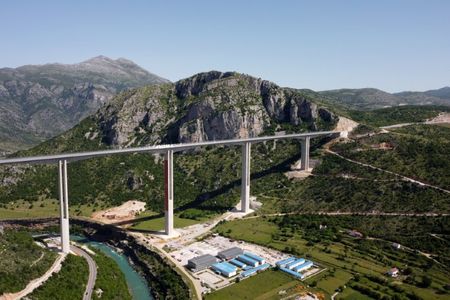 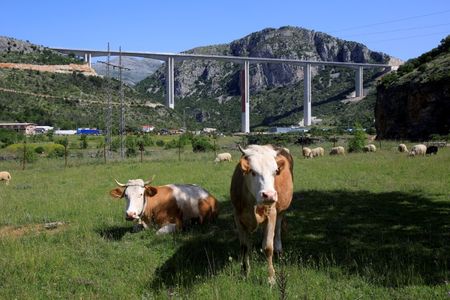 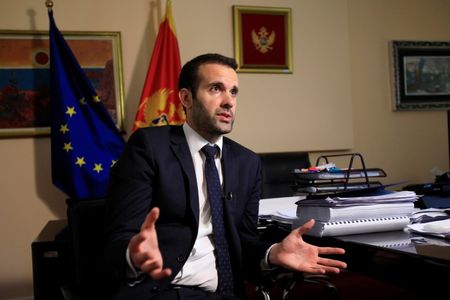 UK’s Kwarteng to bring forward publication of his fiscal plan