HONG KONG (Reuters) -JOYY Inc’s top two shareholders, its Chairman David Li and Xiaomi founder Lei Jun, plan to take the Nasdaq-listed company private in a deal that could value it at up to $8 billion, three people with knowledge of the matter said.

They are teaming up for the deal as they believe the Chinese social media company is undervalued in the U.S. market, the people added. JOYY had an average market value of $3.9 billion over the past month, while its net asset value totalled $5.6 billion as of June 30, based on its quarterly results.

Li and Lei are looking to offer $75-$100 per share to take the cash-rich JOYY private, two of the people said, a premium of 50-100% to the share’s average price over the past month.

The sources all spoke on condition of anonymity as the information was private.

Li and Lei did not immediately respond to requests for comment via JOYY and Xiaomi, respectively. Neither did JOYY.

If completed, the deal will add to a growing number of New York-listed Chinese firms that have already opted out of U.S. bourses by going private or returning to equity markets closer to home via second listings.

These moves come amid heightened scrutiny and stricter audit requirements https://www.reuters.com/business/finance/exclusive-sec-gives-chinese-companies-new-requirements-us-ipo-disclosures-2021-08-23 for U.S.-listed Chinese companies from American regulators amid political tensions between the countries.

Reuters reported last month that Weibo Chairman Charles Chao and a state investor were in talks to take Weibo private https://www.reuters.com/article/weibo-privitisation-idCNL2N2OI0WL in a deal that could value the Nasdaq-listed Chinese equivalent of Twitter at $20 billion-plus.

There were 16 announced take-private deals of U.S.-listed Chinese companies worth $19 billion last year, Dealogic data shows, versus just five such deals worth $8 billion in 2019.

The Li-Lei consortium is in talks with banks to finance the deal and seeks to secure a loan by using JOYY’s $4.9 billion cash and cash equivalents as collateral, two of the sources said, adding it aims to finalise the deal by the end of 2021.

The plan is to then spin off JOYY’s key asset, Singapore-based Bigo – which runs a live streaming platform Bigo Live and short video business Likee, and list it in Asia, likely in Hong Kong, to take advantage of higher valuations, one source added.

JOYY said in November that it would sell its video-based entertainment live streaming business in China to search engine giant Baidu Inc for about $3.6 billion in cash.

The sale is waiting to be green lit by the antitrust watchdog State Administration for Market Regulation (SAMR) to reach a final close in the coming weeks, the sources said.

The SAMR nod would also allow JOYY to receive the remaining proceeds of about $1.6 billion from Baidu, they added.

The SAMR did not immediately respond to a Reuters’ request for comment.

JOYY shares have plunged 53% in the past six months while the Nasdaq Golden Dragon China Index, which tracks Chinese firms listed on the exchange, has dropped 41%. 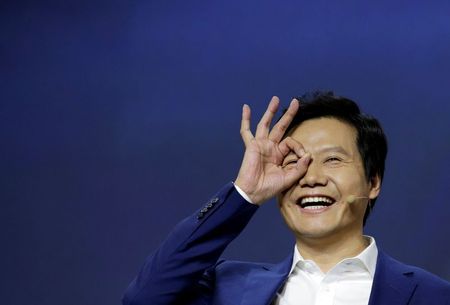 Next round of UK-U.S. trade talks to begin on September 8: UK minister

Zalando proposes Rent The Runway CEO to join board