PARIS (Reuters) – French sugar producer Tereos is seeking to exit its ventures in China and Romania as part of a wider move by the new management to divest some international assets to lighten the group’s heavy debt and boost profitability, sources close to the matter said.

Tereos, the world’s second largest sugar producer by volume, reshuffled its top management since an extraordinary meeting in December dismissed its chief executive.

The new team, which had expressed strong concern about losses at some of Tereos’ international activities before taking over, said it was considering selling non-profitable or non-core assets but that it first wanted to do an audit of the group.

Tereos is in advanced talks with Singapore’s Wilmar International to sell its 49% stake in their starch joint venture in China, three sources familiar with the negotiations told Reuters.

The cooperative group is also seeking to exit its loss-making Romanian sugar activities, one of the three sources close to the matter, and another source, said.

Talks with the agri-food giant, had started even before Tereos’ new management took over but had failed due to the low price offered by Wilmar before resuming this year, two of the three sources close to the matter said.

One source said they were close to completion and that although the final price of the deal remained unclear the sale would still be made at a significant loss for Tereos.

Wilmar is “in serious talks” to buy a stake in Tereos’ starch business in China, said one Singapore-based source familiar with the negotiations.

Tereos, which is made up of 12,000 cooperative members, purchased Romanian sugar maker Ludus in 2012, as part of a wide international expansion. But the unit has posted losses every year since 2014, according to company records.

The new management wants to stop the losses and has hired an international advisor to help it find a solution, with a sale seen as the first option, two sources familiar with the matter said.

The advisor has made initial approaches to potential buyers, one source said.

But a sale of the Romanian business could prove difficult because of its poor results but also because the region is not very attractive in terms of sugar beet yields, the sources said.

If no buyer was found for the Romanian business, Tereos could halt it altogether, a second source, close to Tereos management, said.

The source said if a way could be found to keep the business, but staunch the losses, Tereos would consider that, but this scenario seemed unlikely.

Tereos reported a debt of 2.7 billion euros ($3.30 billion) at the end of last year, for annual sales of around 4.5 billion euros.

The group’s new management is due to unveil its new strategy on Wednesday when the cooperative group releases its yearly results, a spokeswoman said. 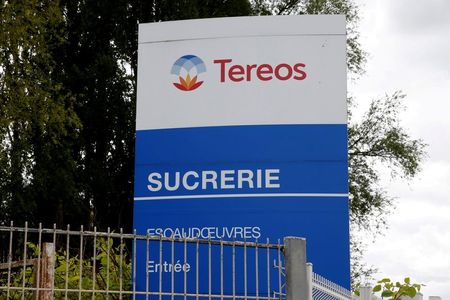 American Chamber of Commerce, others warn of impracticalities in EU subsidy plan