Discussions between the billionaire Mulliez family, which owns Auchan, and 2MX Organic – which was launched in December and pioneered Europe’s market for special acquisition companies (SPACs) – were held over the summer, the sources said.

A tie-up would have given Auchan a listing, providing a currency to do deals and generate funds to revamp its hypermarket-focused business. But it would have been a leap for 2MX Organic, which raised money from investors pledging to build a European champion in organic food.

The talks failed to progress, however, as Auchan pursued an industry tie-up with Carrefour that could have generated cost savings and buying synergies, the sources said, speaking on condition of anonymity as the matter is confidential.

Auchan’s move to combine with Carrefour and create a French market leader with 110 billion euros ($127 billion) of sales per year was called off in early October, leaving the firm empty-handed as talks with 2MX Organic are no longer active, the sources said.

A spokesman for Auchan denied discussions with 2MX Organic, adding the company was not for sale.

Shares in 2MX Organic, which is also backed by entrepreneur Moez-Alexandre Zouari, spiked on their market debut on Dec. 9, making it France’s biggest IPO in 2020.

Dubbed by its owners “the Tesla of responsible consumption”, 2MX Organic has been looking for a merger candidate since the start of the year, the sources said, but has struggled to find a suitable target amid waning market interest in SPACs due to a regulatory crackdown in the United States.

The sources said talks with Auchan were not resumed after the Carrefour debacle, with one adding 2MX Organic was now working on another project.

SPACs raise money on stock markets with the promise of buying private companies and helping them grow. But investor interest has waned after some poor performances and a rising number of class-action lawsuits as more deals have turned into flops.

“SPAC sponsors are getting desperate to find a target and have started looking at deals that they would have never considered before,” one of the sources said. “Some are trying to rejig their core focus to be able to fulfil their mission.”

In the third quarter, only 85 SPACs listed globally, raising $14 billion, down from 309 that raised $95 billion in the first quarter, according to Refinitiv data.

Many SPACs have seen their shares fall so heavily they now trade below the $10 at which they were originally priced. 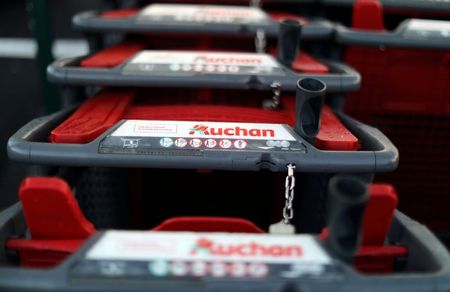