This follows Beijing’s move to rein in gaming-related businesses and corporate expansion via deals, they said.

The Baidu-JOYY deal would be the latest multi-billion dollar transaction to stumble amid China’s broad crackdown on private companies, notably those in the internet sector, as Beijing seeks to control big data and break down monopolistic practices.

A failure of the Baidu deal could cast a shadow over a separate planned transaction to take Nasdaq-listed JOYY private that would have valued it at up to $8 billion, said the sources and two other sources who are familiar with the matter.

When contacted by Reuters, Baidu said it had not received messages from Chinese regulators that the deal was unlikely to be approved.

The State Administration for Market Regulation (SAMR) – China’s antitrust regulator – and JOYY did not respond to requests for comments.

The deal has been awaiting SAMR approval to reach a final close. JOYY was to receive the remaining proceeds of about $1.6 billion from Baidu after the regulatory approval.

SAMR said in a report in early September that it is conducting anti-monopoly reviews of 11 transactions including Baidu’s acquisition of YY Live.

But one of the sources, who is familiar with the regulator’s thinking, said SAMR was unlikely to give the green light because allowing Baidu to acquire and further invest in a video game-related live streaming business amid the recent crackdown on the gaming industry could send the wrong message to the market.

Another source, who was also familiar with the situation, said SAMR had already indicated to at least one of the deal parties its stance and added that the approval process will likely keep dragging on until the application lapses.

“SAMR hopes the companies can withdraw the application,” the source said.

Beijing has expressed its concern over the influence video games have over the country’s minors and last month introduced new rules that limit the amount of time under-18s can spend on video games.

It has also criticised the entertainment industry for “polluting” society and youth and recently published new guidelines for how artists and livestreamers should behave.

A failure of the Baidu-JOYY deal would be a blow to JOYY’s top two shareholders, Chairman David Li and Xiaomi founder Lei Jun, as the dynamics of their plan to take JOYY private would change completely, according to the sources.

They were teaming up for the deal as they believe the Chinese social media company is undervalued in the U.S. market, Reuters reported last month.

YY Live largely counts on games and entertainment content for its revenue and user traffic. Its average mobile monthly active users reached 42 million in the fourth quarter of 2020, up 1.9% year-on-year, according to the parent’s 2020 annual report.

However, its paying users dropped by 1.1% over the same period, which JOYY attributed to the impact of COVID-19 on people’s spending. 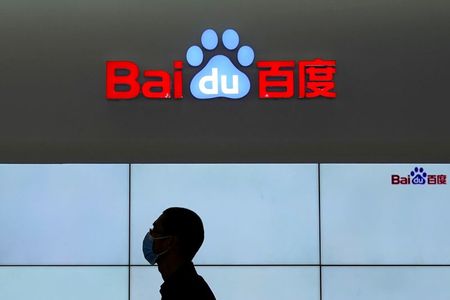 GoDaddy’s new CEO on leadership now: ‘Change is a tiger’