FRANKFURT (Reuters) – Former Volkswagen chief Martin Winterkorn has agreed to pay around 10 million euros ($12 million) in damages to the carmaker over the diesel emissions scandal, Business Insider reported on Monday.

Volkswagen had said in March it would claim damages from Winterkorn over the scandal as it tries to draw a line under its biggest-ever crisis.

Business Insider, citing a draft contract, reported that an agreement between the carmaker, Winterkorn and other former executives could be signed this week.

Volkswagen’s supervisory board is scheduled to discuss an agreement over the weekend, two sources with knowledge of the matter told Reuters. An annual general meeting of shareholders in July would then need to sign off on it.

The German company had said in March that following a far-reaching legal investigation it had concluded Winterkorn had breached his duty of care. Winterkorn has denied being responsible for the scandal.

Volkswagen in 2015 admitted using illegal software to rig diesel engine tests in the United States. The scandal has cost it more than 32 billion euros in fines, refits and legal fees.

Winterkorn resigned as chief executive on Sept. 23, 2015, a week after the scandal broke. 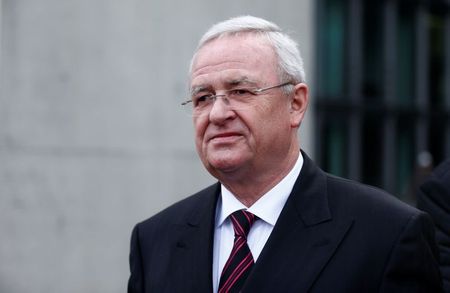