Skilling was convicted of securities fraud and insider trading in connection with manipulating financial reports ahead of the 2001 collapse of Enron. He served more than 12 years in prison and was released in 2019.

His venture, Veld LLC, was set up as a digital marketplace to sell packages of oil and gas production to investors, sources have said. The business has analytical software that investors can use to evaluate packages for their potential returns, the people said.

The company in April filed for a U.S. trademark for its software and business operation under the name Veld Applied Analytics and last year submitted an trademark application for a business named Shalemetrics. The former facilitates “asset backed securitizations for oil and gas producers,” according to a post by Ron Hulme, who joined the firm this year as chairman.

Hulme, who spent more than 26 years at McKinsey and became its global practice leader for oil and gas, is a senior executive at Houston-based energy investors Parallel Resource Partners and Bluescape Energy Partners in addition to his role at Veld Applied Analytics.

Taek Chung is a managing director for Veld Applied Analytics, according to patent office filings. He has a Ph.D in electrical engineering from Stanford University and also worked at McKinsey, according to his LinkedIn profile.

Skilling, Hulme and Chung did not respond to requests for comments.

In fundraising meetings last year, Skilling told potential investors he had secured significant financial commitments for the project, a source familiar with the matter said, estimating he had raised tens of millions of dollars at the time.

Skilling was a long-time McKinsey consultant who helped Enron build its natural gas marketing and finance operation, and later became its chief executive. He turned an energy pipeline company into one of the 10 largest U.S. companies before questionable accounting and related-party trading practices led to its bankruptcy.

Enron’s tainted history and Skilling’s role in its financial demise should not have a significant impact on Veld’s ability to attract business, said Ed Hirs, an Energy Fellow and lecturer at the University of Houston. The bankruptcy caught many investors by surprise. The company claimed to have $100 billion in revenue the year before it collapsed.

“I don’t see it as a positive or negative,” Hirs said, referring to Skilling’s reputation. “To succeed, they have to compete with the established firms in the business.”

Veld’s website is up and running and soliciting email addresses for those interested in receiving newsletters. The site describes Veld as an “energy software” company.

(Reporting by Liz Hampton in Denver; Editing by David Gregorio) 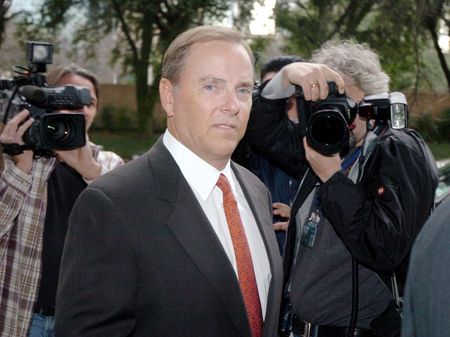 Central banks double down in fight against ‘galloping’ inflation

ASML shares fall on report US wants to restrict sales to...

Marketmind: No escaping the inflation beast