LONDON (Reuters) – Europe’s banks are proving slow to act on sustainability and have only a limited grasp of their exposure to environmental, social and governance-related risks, a report for the European Commission by asset manager BlackRock showed.

The report, which will be used to help integrate sustainability into banking prudential rules, had proved contentious given the U.S. firm’s role as an investor in many of the banks.

The bloc’s executive was chastised by European Ombudsman Emily O’Reilly in November for failing to properly consider conflicts of interest in the awarding of the contract to BlackRock’s Financial Markets Advisory unit.

O’Reilly said that the Commission had not failed in applying its procurement process, but that its rules on conflicts of interest were too vague and should be changed in the future.

In a 273-page report based on data and insights from a range of banking sector and other stakeholders, released on Friday, the study said policymakers should take more action.

“Despite increased efforts by banks and supervisors, this study finds that the pace of implementation to achieve effective ESG integration within risk management, prudential supervision, and business strategies and investment policies needs to be accelerated,” the report said.

Banks are increasingly coming under pressure from investors and activists over their role in the global transition to a low-carbon economy, particularly over their role in funding heavy emitting companies in sectors such as energy and utilities.

Among the findings, the report said banks did not have a common definition of ESG risks, with most lenders yet to map how different ESG risks feed into financial risk and only a few having a risk strategy in place.

“ESG factors are widely, albeit sometimes superficially, integrated within lending policies, credit application processes, and due diligence, in particular for selected high-risk sectors,” the report said.

“However, coverage is often limited and, for example, off-balance sheet investment activity associated with advisory or debt capital markets is often not in scope.”

Integration of ESG risk into risk models and stress testing “is at an early stage”, and most banks have yet to integrate it into their internal risk reporting frameworks, it added.

Among the conclusions, the report suggested banks and supervisors work to develop a granular definition of the ESG risks, with some stakeholders calling for ambitious strategies with measurable objectives and timelines.

A Commission spokesperson said the executive planned to organise a discussion on the report together with members of the European Parliament and other stakeholders, and would use the content of the report to help formulate future policy proposals.

BlackRock’s FMA, which operates separately from the asset management unit, said in a statement that it was pleased to deliver its study, as per its mandate from the Commission. 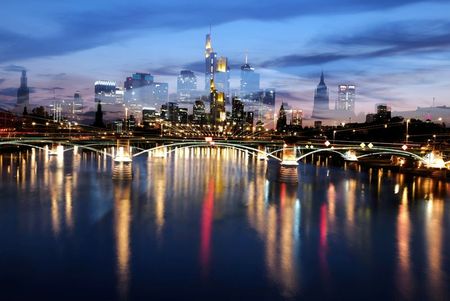 Europe feasts on ‘sublime’ IPO bonanza in 2021. Is it getting bloated?