LONDON (Reuters) -European automobile stocks rose more than 2% to a record high on Wednesday as investors turned increasingly bullish on the sector on growing expectations for stronger car sales in 2022.

Investors’ interest in car stocks across the region has ignited over the past few months with Europe’s auto and auto parts index up more than 8% this week alone, surpassing a previous record high in November.

The sector has gained 33% in a year, outperforming the pan-European index, which has gained 23% over the same period.

After carmakers had to deal with high inventories over the past two years caused by a pandemic-induced slowdown in sales, things have started to turn around for the sector despite a 2021 shortage in chip supply, which forced some to cut production.

Shares in Germany’s BMW rose 2.3% after the group said it achieved record sales of over 2.2 million vehicles from its BMW brand in 2021, outstripping 2019 levels.

BofA expects European light vehicle production and sales to increase by 10% this year, with Daimler’s Mercedes-Benz, Renault and Stellantis leading the pack with projected growth rates at around 20%.

Higher car prices in 2021 offset an increase in costs in the second half of the year, analysts said. Yet European car stocks are much cheaper than U.S. peers.

Europe’s auto sector is trading at just seven times forward earnings. That compares to 16.8 times for the STOXX 600 benchmark and a whopping 42.4 times for the U.S. auto sector. U.S. carmaker Tesla’s market capitalization alone is more than twice the size of the entire STOXX 600 index.

“Autos are very cheap, but profitability is strong given excellent price mix, even on lower volumes, and chip shortages should ease,” said Emmanuel Cau, equity strategist at Barclays.

Shares in Renault climbed 4.4% as U.S. chipmaker Qualcomm said it had struck deals to supply the French carmaker and Volvo Cars.

Stellantis shares rose 3.4% as the Milan-listed company partnered with Amazon.com to develop cars and trucks with Amazon software in the dashboards and deploy electric vans on the online retail giant’s delivery network.

Daimler’s shares also rose 3% despite reports the company informed owners of its luxury cars of a technical defect that could spark a fire.

Not everyone is bullish, JP Morgan cut its production growth forecast for European light vehicles to 4% and 6% for 2022 and 2023 respectively, citing consumers’ hesitancy towards buying internal combustion engines, postponing purchases of electric vehicles and the chips shortage.

But with demand still outstripping supply amid ongoing shortages of raw materials, the auto and auto parts space is poised for growth, according to Barclays. 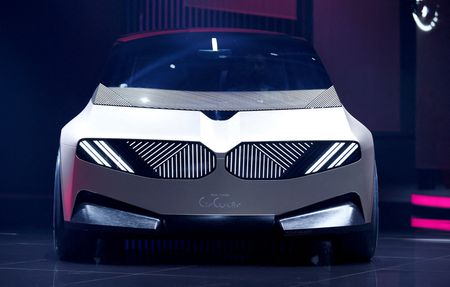 Working from home ‘doesn’t work for those who want to hustle’: JPMorgan CEO

Palantir to take bitcoin as payment, mulls betting on cryptocurrencies