(Reuters) – Russia’s invasion of Ukraine has stalled a travel recovery for airlines and led to a 23% fall in flight bookings within Europe and a 13% fall in trans-Atlantic bookings in the first week, travel data firm ForwardKeys said on Thursday.

The data, which compared bookings from Feb. 24 to March 2 to the week before Russia launched what it described as a “special operation” in Ukraine, is an early indicator of consumer confidence for travel heading into the peak summer season.

Rising inflation and oil prices are also dampening the economic outlook and carriers including Lufthansa, Qantas Airways and Japan’s ANA Holdings have warned ticket prices may need to rise to cover increased costs.

The worst-hit destinations in Europe were those in the east closest to the conflict, with Bulgaria, Croatia, Estonia, Georgia, Hungary, Latvia, Lithuania, Poland, Slovakia and Slovenia seeing a 30% to 50% drop in bookings, according to ForwardKeys.

Domestic bookings in Russia, which had been one of the world’s top performing markets during the pandemic, fell 49%.

ForwardKeys Vice President Insights Olivier Ponti said Russia’s invasion of Ukraine had stalled a recovery in bookings that began in January after cases of the Omicron variant of the coronavirus peaked in many countries.

But he added the impact on trans-Atlantic travel and western European destinations was so far not as bad as he had feared.

“North Americans can tell the difference between war in Ukraine and war in Europe, and so far, it seems that travellers regard the rest of Europe as relatively safe,” Ponti said in a statement.

(Reporting by Jamie Freed in Sydney; Editing by Sam Holmes) 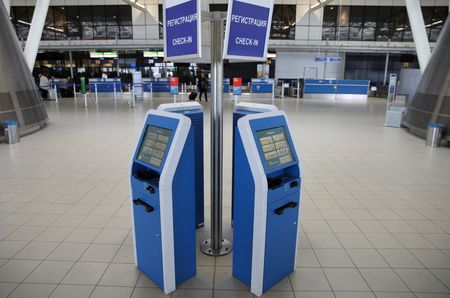 In first, Indonesia to buy back some global bonds after raising...