Eurostat said prices at factory gates in the 19 countries sharing the euro rose 1.0% month on month for a 7.6% year-on-year increase. Economists polled by Reuters had expected a 0.9% month rise and a 7.3% annual gain.

Intermediate goods’ prices rose the most in April against March, rising 1.8% with energy costs registering the second biggest increase of 1.0%. But in year-on-year terms, energy contributed the most, with prices surging 20.4% against April 2020 and intermediate goods up 6.9%.

Without the volatile energy, the monthly rise of producer prices was exactly as expected by economists — 0.9% — and only 3.5% in year-on-year terms.

Changes in producer prices are often passed on directly to consumers and Eurostat’s first estimate of consumer inflation in May showed last Tuesday an acceleration to 2.0% year-on-year from 1.6% in April, also driven by surging energy costs.

The ECB wants to keep consumer price growth “below but close to 2%” over the medium term.

The bank has warned that the spike in energy prices will temporarily take inflation above target this year, but from next year inflation will be below target again for years to come, especially since wage growth, a necessary component of durable inflation, remains anaemic. 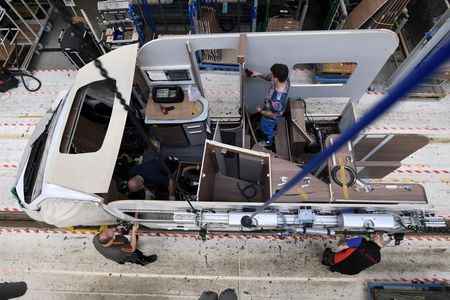 Inflation will not fall to 2% target for two years, Fed’s Mester says

Battered U.S. stocks may not be bargains as investors brace for inflation data