BERLIN (Reuters) – Investor morale in the euro zone rose more than expected in June, the first increase after Russia’s invasion of Ukraine, a survey showed on Tuesday, as many companies have not yet felt as much impact from inflation and supply bottlenecks as feared.

A Reuters poll had pointed to a June reading of -20.0.

“As impressive as the improvement in the situation and expectations values may appear at first glance, this is unlikely to mark a turnaround,” Sentix Managing Director Manfred Huebner said in a statement.

While consumers are already suffering from rising prices, many companies have been able to pass on their sharply rising costs to their customers and benefited from people rushing to buy goods and services before price increases, Huebner said.

However, this phase looks set to finish as end consumers will have to cut back at some point, and monetary policy could become more restrictive in the euro zone from July, the economist said. 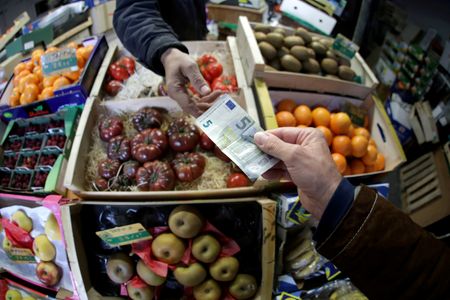 South Korea Krafton’s $5 billion IPO could be delayed by up to a fortnight...