MILAN (Reuters) -The European Commission is set to launch an infringement procedure against Italy over a media law potentially curbing Vivendi’s interests in the country, newspaper la Repubblica reported on Friday.

The Commission raised questions over the validity of the law, approved by Rome in November, which allowed national communications regulator AGCOM to start an investigation into Vivendi’s Italian assets to evaluate whether these holdings are harmful to media plurality.

The law gives the Italian regulator the power to impose curbs on companies holding stakes both in telecoms and TV firms, after assessing total revenues, entry barriers and the level of competition in those sectors.

“The Commission considers such rules protecting media pluralism contained in the Italian law of November should have been notified under the transparency directive”, a European Commission spokesman said at a weekly briefing on Friday.

“I can also say that we are looking into compliance of the adopted law with the relevant union law,” the spokesman added.

Vivendi had lodged a formal complaint with the European Commission against the Italian law, saying it was aimed at helping Mediaset, controlled by the family of former Italian prime minister Silvio Berlusconi, in a long running legal dispute against the French group.

However, last month, Mediaset and Vivendi ended years of legal sparring with an accord under which the Paris-based company will drastically cut its stake in the broadcaster over the next five years.

Two legal sources close to Vivendi told Reuters that the opening of an infringement procedure would have no effect on the long-awaited deal reached between the two companies, which will be finalised in July. 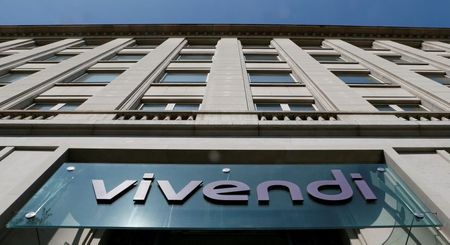 Rouble eases towards 62 vs dollar, Severstal shares fall after sanctions