LONDON (Reuters) -The European Union is asking financial market participants to suggest legislative changes that would help them transfer clearing in euro derivatives from London to the bloc as Britain’s stock exchange offered an olive branch.

Britain’s access to the EU financial market was largely severed after Brexit fully took effect on Dec. 31, 2020 and the London Stock Exchange Group’s clearing unit LCH has permission to serve EU customers only until June 2022.

EU officials say they want full sight of large-scale activity by EU regulated banks and asset managers in order to monitor any potential threats to the bloc’s financial stability.

The EU’s executive European Commission is due to hold workshops with customers of clearing houses about shifting euro interest rate swaps contracts worth trillions of euros from London to Deutsche Boerse in Frankfurt.

“How long would be needed to transfer positions or flows identified as clearable inside the Union? How could the time needed be potentially reduced?” an EU document seen by Reuters said.

The EU executive wants to know if the costs of shifting clearing could be reduced, and what changes in EU law or rules applied by regulators would help.

“What supervisory measures could be taken to facilitate the transfer? What steps could market participants undertake to contribute to the process?”

Euro clearing has long been a Brexit battleground as the City of London seeks to minimise damage from EU exit.

The LSE on Friday fought back by setting out key data on clearing, concluding that forced relocation would bump up costs for customers and put EU firms at a competitive disadvantage to international peers.

“Restricting access to the EU economy and the euro would place EU firms in competitive disadvantage against their peers and would also increase risk to financial stability both in the EU and more widely,” the exchange said.

In a bid to win over the EU to extend access to the bloc beyond next year, the LSE said it would be happy for its London clearer to be supervised by the European Central Bank, which has long sought a direct say over euro clearing.

The LSE said the ECB has powers under EU law to require LCH to open a deposit account with it to give the central bank more oversight over the clearer’s payment flows in euros.

“LCH Ltd is fully supportive of this requirement,” LSE said.

EU companies accounted for only 27.1% of euro-denominated interest rate derivatives clearing volumes at LCH in London in 2020, with 72.9% coming from non-EU firms, the LSE said. 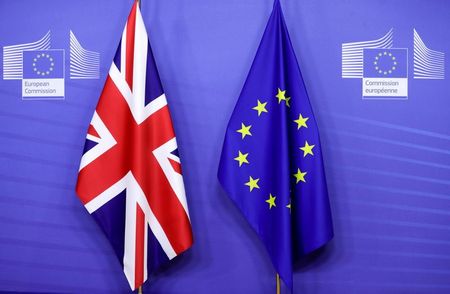 EV maker Nio to have 4,000 battery swapping stations globally in 2025

Euro zone unemployment eases to 7.4% in Sept as expected

Bayer hit by failure to cap risk from weedkiller cases

COVID comeback caps a November to remember in markets