(Reuters) -Etsy Inc said on Wednesday it would buy Generation-Z focused fashion resale company Depop for $1.63 billion, seeking to attract younger shoppers and bolster its position in a booming market in vintage or used clothing.

After a pandemic-driven surge in sales over the last year, Etsy, among the world’s best known e-commerce platforms for handmade goods and vintage items, estimates the U.S. second-hand clothing market alone will be worth $64 billion by 2024.

Chief Executive Officer Josh Silverman said he saw Depop as “the resale home for Gen-Z consumers” and believed there was significant potential to scale up its business as he seeks to offset consumers’ return to more traditional mall and retail stores over the next year.

“This (Gen-Z) is an enormous demographic and it’s the trendsetter demographic,” he told analysts on a call to discuss the deal.

London-based Depop, founded a decade ago by entrepreneur Simon Beckerman for readers of his magazine to purchase featured items, is known for its vintage and street-wear collections and has over 26 million users across more than 147 countries.

About 90% of its users are under the age of 26 and it is the 10th most visited shopping site among Gen-Z consumers in the United States, according to the company.

The resale boom has prompted companies including Gap Inc and Vera Bradley to partner with sector players Poshmark and ThredUp.

Silverman expects Depop to increase Etsy’s footprint in apparel, a growing category as people return to work and school. In 2020, Etsy recorded about $1 billion in apparel gross merchandise sales and its overall revenue doubled.

Neil Saunders, managing director at retail research firm GlobalData, said the deal should give Etsy a new growth avenue as it comes down from a pandemic-led high.

Etsy shares were up about 3% in early trading.

(Reporting by Nivedita Balu in Bengaluru;Editing by Vinay Dwivedi) 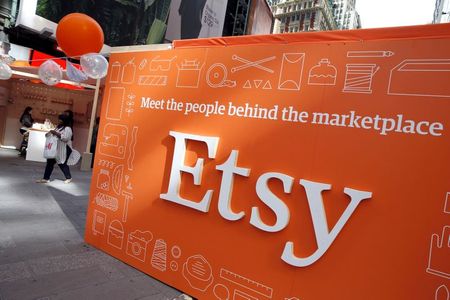 As dominant creditor, China must ‘step up’ on debt restructuring, Indonesia’s Indrawati says

Holcim to use proceeds from India sale on lower carbon acquisitions