Market sentiment was buoyed after the U.S. Food and Drug Administration granted full approval to the Pfizer Inc/BioNTech SE COVID-19 vaccine. New cases, driven by the highly infectious Delta variant, have surged in parts of the United States with lower vaccination levels.

The dollar index slid. Last week it hit a nine-month high on bets that the Fed would start shifting away from its accommodative monetary policy, but that view began to change on Friday when Dallas Fed President Robert Kaplan said he might reconsider his hawkish stance if the virus harms the economy.

Now, investors are less confident Fed Chair Jerome Powell’s speech at Jackson Hole this week will indicate a timeline for winding down the Fed’s bond-buying program.

The dollar index, which measures the currency’s performance against a basket of six major currencies, fell 0.516% to 92.999.

“There was a fear that they were going to announce tapering in Jackson Hole and start in September. But it now looks that will be in 2022,” said Thomas Hayes, managing member at Great Hill Capital.

The MSCI world equity index, which tracks shares in 50 countries, rose 1.09%. Last week it had its biggest weekly fall since June. Europe’s STOXX 600 closed higher at 0.66%.

The U.S. FDA, which had given the two-dose Pfizer/BioNTech vaccine emergency-use authorization in December, went a step further based on updated data and fully approved it for people age 16 and older. The Pentagon then said it was preparing to make the vaccine mandatory for U.S. military personnel. U.S. health officials now expect more vaccine mandates from state and local governments, as well as private employers.

“It’s a whole combination of factors, the big one being the FDA approval of the vaccine. A lot of people are taking it as good news and then the Fed may not be as keen on tapering as suspected,” said Michael Ashley Schulman, chief investment officer at Running Point Capital.

Oil prices rose more than 5% after seven days of declines.

Last week, both crude benchmarks marked their biggest weekly declines in more than nine months, with Brent sliding about 8% and WTI about 9%.

Gold vaulted over the key $1,800 psychological level, boosted by the weaker dollar. 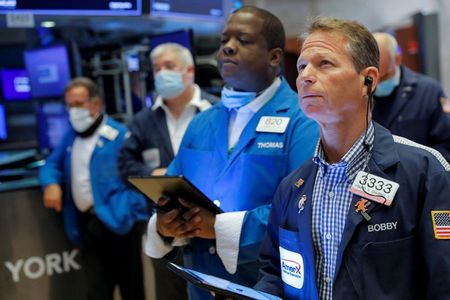