(Reuters) – A California candymaker must face a lawsuit by an employee who says she caught COVID-19 at work and gave it to her husband, resulting in his death, a state appeals court held on Tuesday, upholding what appeared to be the first ruling allowing a worker’s lawsuit against an employer over a family member’s COVID death.

The California Court of Appeal, Second Appellate District, rejected South San Francisco-based See’s Candies’ argument that the employee, Matilde Ek, must file for workers’ compensation rather than seek damages in court because her husband’s death was “derivative” of her own workplace injury.

A lawyer for the Berkshire Hathaway Inc-owned company had no immediate comment.

A lawyer for Ek could not immediately be reached for comment. Nor could the U.S. Chamber of Commerce, which had weighed in with a legal brief supporting See’s.

Ek and her three daughters sued See’s last year, saying she contracted COVID-19 because the company failed to ensure safety in the workplace. Her husband, Arturo Ek, then got the disease from her while she was convalescing at home, and eventually died from it, she said.

See’s responded that Arturo Ek’s death was “derivative” of Ek’s alleged workplace injury. That meant it was covered by workers’ compensation, and Ek could not sue over it in court, the company said.

A trial court nonetheless allowed the case to go forward. See’s argued on appeal that the decision was an “outlier” and that other courts that had considered similar COVID 19-related cases had rejected them.

The Court of Appeal, however, said Arturo Ek’s death was not derivative of his wife becoming sick, but was instead caused directly by the COVID-19 virus, for which his wife served as a “conduit.” It cited a decision by a federal appeals court allowing a similar case over a hepatitis infection. 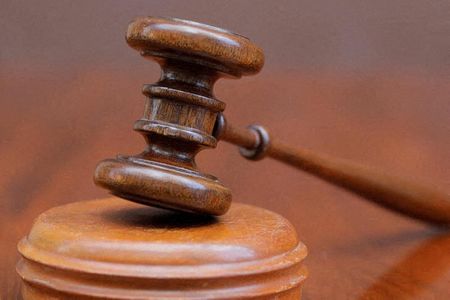