Emerson is discussing a deal to combine its software assets with Aspen Tech and gain majority control of the combined company, the report said https://bloom.bg/3FnEU7w, adding that Aspen Tech would keep its own public listing.

Emerson, which has a suite of products ranging from automation software to air conditioning tools, and Aspen Tech did not immediately respond to Reuters request for comments.

Based on the closing price on Wednesday, Aspen had a market capitalization of $8.42 billion, while Emerson was worth $57.17 billion.

Aspen has long been considered an attractive takeover target for big industrial companies looking to expand in software, Bloomberg News reported https://www.bloomberg.com/news/articles/2021-05-12/software-maker-aspen-tech-is-said-to-weigh-minority-stake-sale in May.

Bedford, Massachusetts-based Aspen has more than 2,300 customers globally, its website showed. It makes software for companies in the mining, chemicals, manufacturing, pharmaceutical and other industries.

(Reporting by Niket Nishant and Sabahatjahan Contractor in Bengaluru; Editing by Shinjini Ganguli) 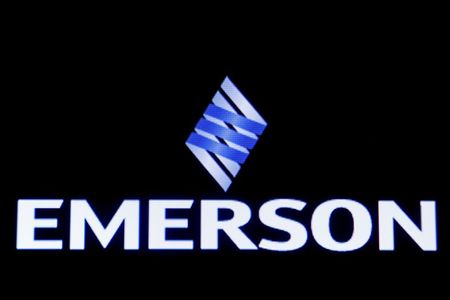 By Sheila Dang and Supantha Mukherjee ...

(Reuters) -AMP Ltd on Thursday reported lower outflows at its...