MILAN (Reuters) – Electric vehicles are not the only effective route to reducing carbon emissions produced by the car industry, the head of Italy’s automotive lobby said on Tuesday.

Other technologies could help to decarbonise the industry, meeting the same targets on emissions while preserving know-how and jobs in Italy, said Paolo Scudieri, the chairman of automotive industry association ANFIA.

“I refer to the tangible contribution that biofuels and synthetic fuels, as well as hydrogen, can provide,” Scudieri said opening ANFIA’s public assembly, adding the Italian automotive industry was already making huge investments on hydrogen.

Biofuels and synthetic fuels, referred to as e-fuels, are being developed to allow modified versions of combustion engines to continue to be used rather than a wholesale switch to battery electric vehicles (BEV).

Scudieri said that exclusively focusing on BEV technology, currently dominated by Asian producers, would put some 73,000 jobs at risk in Italy in coming years, which would not be compensated by about 6,000 new jobs expected to be created by electric mobility.

He added around 450 car parts maker in Italy, out of a total of 2,200, risk going out of business as they have not yet started to shift production towards electric technology.

The European Commission has proposed a 100% cut in CO2 emissions by 2035 for the industry. The target, which is part of a bigger package of climate change policies launched last year, would make it impossible to sell new fossil fuel-powered vehicles in the 27-country bloc.

The European parliament will hold a debate next week on a number of climate policies, including a plan to effectively ban combustion engine cars by 2035.

Scudieri said there was not a prevailing position among different political groups within the European parliament.

“Every single vote will count and my wish is that our MEPs will vote also having the country’s interests in mind,” he said. 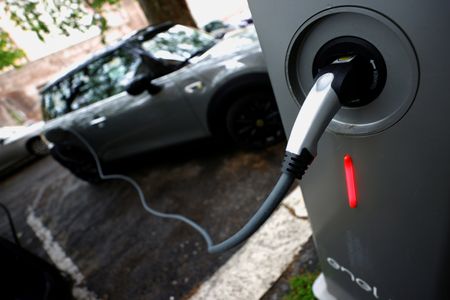 Column: To exclude or not? Grain analyses evolve as China ups imports