MILAN (Reuters) – The transition to electric cars could jeopardise 60,000 jobs in Italy, one of the country’s main metal workers’ unions said on Friday and called on the government to support a sector that is “overwhelmed by changes”.

Industry analysts say the auto sector in Italy could be hit harder than elsewhere because of the small average size of firms in the country and the scale of investment needed to comply with the European Union’s “Fit-For-55” climate plan to reduce net greenhouse gas emissions by 55% from 1990 levels by 2030.

Unions and Italy’s business lobby Confindustria alike have said many small and medium-sized countries may be forced to close unless the government provides tax breaks and incentives for the sector.

“In spite of the complaints and requests from trade unions and companies, in the budget law the government has not included any intervention to support a sector overwhelmed by changes caused by the energy and green transition,” Ferdinando Uliano, Head of FIM CISL union, and Stefano Boschini, FIM CISL Chief for the automotive sector, said in a statement.

A group of industry associations for the automotive sector also issued a statement on Friday to complain about the lack of support in the budget law and in Italy’s plan for the post-pandemic recovery.

FIM CISL’s top officials urged the government to create a fund to shield workers and small and medium enterprises, adding that incentives were needed to encourage the purchase of electric and hybrid cars and the renewal of public administrations’ car fleets.

The automotive supply chain in Italy employs 278,000 direct and indirect workers and accounts for 6.2% of the gross domestic product, the country’s automotive association ANFIA says.

The union did not say how it had calculated the number of those jobs that are at risk. 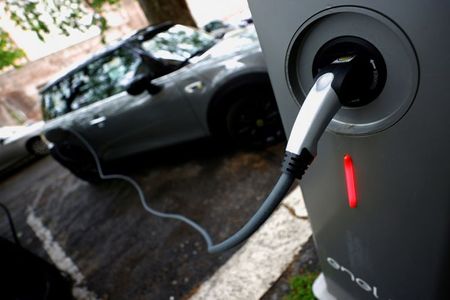