(Reuters) -Electric-truck maker Lordstown Motors Corp named Adam Kroll as chief financial officer, months after the departure of former CEO and finance chief following an internal investigation into claims made by a short-seller.

Kroll, who has previously served as an investment banker at JP Morgan with a focus on the automotive industry, will assume his new role on Oct. 25. He replaces interim CFO Rebecca Roof, who will stay on in a transition role through Dec. 31.

Lordstown and fellow EV maker Nikola, both of which went public via acquisitions by special-purpose acquisition companies (SPAC), have become a target of short-seller Hindenburg. Both saw their founders subsequently resign.

In June, Lordstown founder and CEO Steve Burns and CFO Julio Rodriguez resigned. The resignations had come as the company’s board reported conclusions from an internal investigation into claims made by short-seller Hindenburg.

Lordstown still faces a lot of scrutiny from federal prosecutors in Manhattan and the U.S. Securities and Exchange Commission related to its merger with a SPAC, and statements it previously made about pre-orders for its vehicles.

The company in August, filled the first of the two vacant C-suite positions by appointing Daniel Ninivaggi as CEO, handing over the reins to the former employee of investor Carl Icahn, who had said his focus will be on making sure Lordstown successfully rolls out its pickup trucks in the face of intense regulatory scrutiny.

Kroll, 46, most recently served as chief administrative officer for Hyzon Motors, which has also been a target of short-seller Blue Orca in recent weeks. The company has, however, rejected the short-seller’s report, saying it was inaccurate and misleading.

Shares of the company, which is doubling down its efforts to roll out its first pickup truck, were up 1.2% on Wednesday. They have slumped about 75% this year.

(Reporting by Subrat Patnaik and Eva Mathews in Bengaluru; Editing by Anil D’Silva and Shinjini Ganguli) 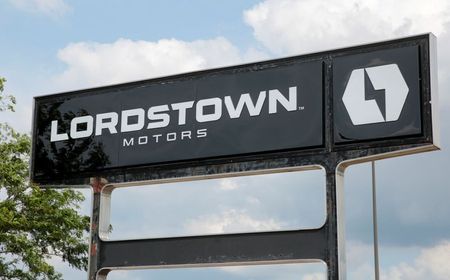 ArcelorMittal looking for partners, subsidies for cleaner steelmaking in Germany

Tesla to expand presence in Palo Alto despite HQ move to...