A new network, to be launched by the end of the year, would also allow customers to manage all their bank accounts and complete transfers with any bank through a single application, the statement said.

“Customers will be able through the new network to complete transfers within a few seconds, on weekdays and during official holidays using various electronic payment tools issued by Egyptian banks,” central bank deputy governor Rami Aboul Naga said in the statement.

Egypt over the last two years has introduced a series of new legislation and regulatory changes designed to unleash fintech investments and change the way the country’s largely unbanked citizens do business.

Payments firms, which in Egypt work in association with banks, also stand to benefit greatly from the new regulations, said Ahmed Mohsen, a cofounder of Egyptian lending and payments start-up MNT-Halan.

“It is a real game changer,” he said.

The change will allow a whole new series of functions, including money transfers with an IPN (instant payment network) or phone number, and the topping up of prepaid cards and electronic wallets, he said.

“Right now you cannot do peer-to-peer transfers across cards, (and) I need to do an ACH (automated clearing house) to move money from one bank account to another, and that would need all your banking details,” Mohsen said. “And I cannot top up my prepaid card using my bank account.” 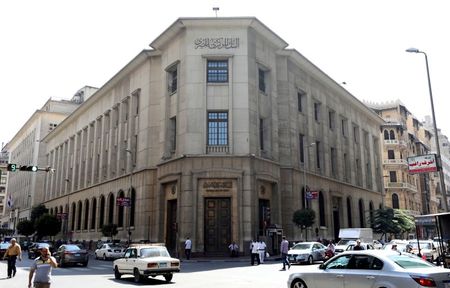 Ryanair gets rare wins in EU court over state aid for KLM, TAP

Exclusive-Tech woes will delay around $3 billion in U.S. Justice Dept...