FRANKFURT (Reuters) -The European Central Bank must raise interest rates to a level that starts to restrict growth and their peak will depend on how the economy responds to the most rapid policy tightening cycle on record, ECB chief economist Philip Lane told the Financial Times.

The ECB has raised rates by a combined 2.5 percentage points since July in an attempt to arrest a historic surge in inflation, but policymakers have already said that more will be needed get price growth, now just below 10%, back to the ECB’s 2% target by around 2025.

“We need to raise rates more,” the FT quoted Lane said on Tuesday.

Although markets now see the 2% deposit rate peaking around 3.3% this summer, Lane took a more cautious approach, arguing that the response of firms, households and governments to the ECB’s moves will be key.

Lane also said that euro zone governments, which are spending too much on subsidies now, will have to take on a bigger role in fighting off inflation.

“Governments also do need to pull back from the high deficits that remain,” he said. “Significant fiscal adjustment will be needed in coming years.”

Inflation will rapidly ease this year but much of this will be due to a “base effect” as the gas price surge gets knocked from year earlier figures and the difficulty may be in ensuring the final phase of disinflation.

“The question is how do you get from mid-threes at the end of 2023 to the 2% target in a timely manner,” Lane said. “That’s where interest rate policy is going to be important… to make sure that the last kilometre of returning to target is delivered.”

Once rates are high enough to restrict growth, the ECB will need to balance the risk of doing too much versus doing too little and this may be an issue that drags out for the “next year or two,” Lane said.

For most of the past decade the ECB fought excessively low inflation and some have argued that the underlying conditions have not changed so ultra low price growth could eventually return, forcing the ECB into retreat.

But Lane appears to dismiss this argument, saying that the expectations are now adjusting to a higher, healthier level of price growth.

“I don’t think the chronic low-inflation equilibrium we had before the pandemic will return,” he said. 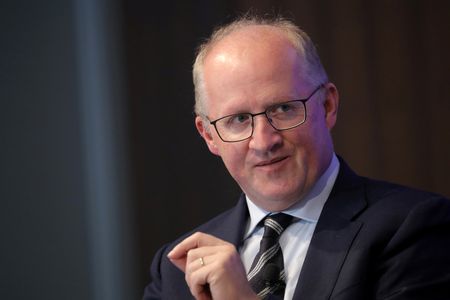