Home Business ECB must be attentive and vigilant on inflation: de Guindos

FRANKFURT (Reuters) – The European Central Bank must be “attentive” and “vigilant” with regard to inflation as a lingering price shock could seep into underlying price growth via wages, ECB Vice President Luis de Guindos said on Wednesday.

“We have to attentive, we have to be very vigilant, we have to avoid as much as possible these second round effects,” de Guindos told a news conference. “It’s very important to avoid this wage-price spiral.” 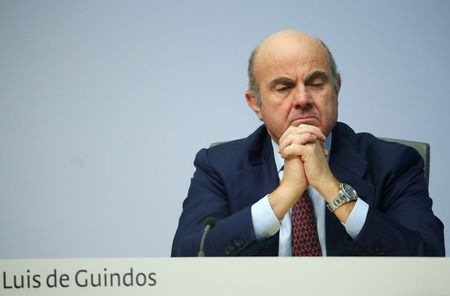 Former UAW president sentenced to 28 months in jail for embezzling...