(Reuters) – Hedge funds that specialize in picking stocks started 2022 with losses, investors and research firms said this week as markets went on a rollercoaster ride fueled by fears of rising interest rates and geopolitical turmoil.

Data from Morgan Stanley, which works with the world’s biggest and most powerful hedge funds, show that global hedge funds were off 3.1% in the first three weeks of January, according to a source with direct knowledge of the research. Morgan Stanley declined to comment.

For U.S. based funds that pick stocks, the picture was bleaker with the average fund off 5.9%, according to the data which tracked returns in the first three weeks of the month and was released to clients on Tuesday.

But hedge funds still outperformed the broader stock market S&P 500 Index which was off 7.4% during the first three weeks.

Since then, market losses have grown, with the S&P now down 8.7%. Data from Hedge Fund Research show the HFRX Equity Hedge Index down 3.34% through the end of Tuesday.

Markets have been on edge awaiting more details on when the Fed will raise rates and how the Russia-Ukraine tensions will play out.

This year’s turmoil comes after steady stock market gains last year when the S&P 500 index was fueled by advances in technology stocks and gained 27%.

“For a while investing in technology stocks was a great trade where you made easy profits,” said Max Gokhman, chief investment officer at hedge fund Alpha TrAI. “But now the Federal Reserve is pulling away the money and sending a clear messages that they won’t be fueling the stock market boom anymore.”

But investors caution that early losses could be wiped away by nimble hedge funds if they begin betting that some stocks will go down and carefully select ones they think will go up.

Billionaire hedge fund manager William Ackman may be among the first to have pounced on a name that sold off dramatically when he said on Wednesday that he bought a stake in Netflix worth more than $1 billion after the stock was pummelled. His fund lost 13.8% through Jan. 25, but he has been known to make well-timed bets that boost year end returns.

“Theoretically this year could be a stock pickers market,” Gokhman said. 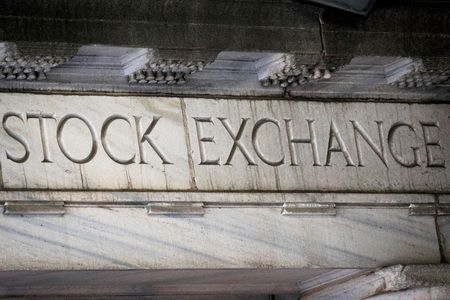 Sweden’s H&M to lay off 1,500 staff in drive to cut soaring costs and rescue profits

Canada still has time to act before U.S. vote on disputed...