(Reuters) -Facebook advertisers promoted false and misleading claims about climate change on the platform in recent weeks, just as the COP26 conference https://www.reuters.com/business/cop was getting under way.

The ad, which had multiple versions, garnered more than 200,000 views. In another, conservative commentator Candace Owens said, “apparently we’re just supposed to trust our new authoritarian government” on climate science, while a U.S. libertarian think-tank ran an ad on how “modern doomsayers” had been wrongly predicting climate crises for decades.

Newsmax, Owens and the Daily Wire, which paid for the ad from Owens’s page, did not respond to requests for comment.

Facebook, which recently changed its name to Meta, does not have a specific policy on climate misinformation in ads or unpaid posts. Alphabet’s Google said last month it would no longer allow ads that contradict scientific consensus on climate change on YouTube and its other services, though it would allow content that discusses false claims.

Facebook generally does not remove misinformation in posts unless it determines they pose imminent real-world harm, as it did for falsehoods around COVID-19. The company says it demotes posts ranked as false by its third-party fact-checkers (of which Reuters is one) and prohibits ads with these debunked claims. It says advertisers that repeatedly post false information may face restrictions on their ability to advertise on Facebook. It exempts politicians’ ads from fact-checks.

Asked about ads pushing climate misinformation, a company spokesperson said in a statement: “While ads like these run across many platforms, Facebook offers an extra layer of transparency by requiring them to be available to the public in our Ad Library for up to seven years after publication.”

UK-based think-tank InfluenceMap, which identified misleading Facebook ads run from several media outlets and think-tanks around COP26, also found fossil fuel companies and lobbying groups spent $574,000 on political and social issue Facebook ads during the summit, resulting in more than 22 million impressions and including content that promoted their environmental efforts in what InfluenceMap described as “greenwashing https://www.reuters.com/business/sustainable-business/slowly-european-regulators-turn-up-heat-greenwashing-2021-11-04.”

One ad paid for by the American Petroleum Institute panned over a natural landscape as it touted its efforts to tackle climate change, while BP America ran an ad detailing its support for climate-friendly policies in neon green writing.

“Our social media posts represent a small fraction compared to the robust investments our companies make every day into breakthrough technologies aimed at capturing methane, advancing hydrogen and accelerating carbon capture,” the API said in a statement, saying the natural gas and oil industry was committed to lowering emissions. BP said in a statement that it was “actively advocating for policies that support net zero, including carbon pricing, through a range of transparent channels, including social media advertising.”

Oil and gas companies have placed ads across a broad range of other media properties ahead of and during the COP26 summit, including on podcasts, newsletters and through TV commercials. In Europe, Greenpeace and other environmental groups called last month for a ban on adverts and sponsorships by oil and gas firms.

Facebook has started adding informational labels to posts about climate change to direct users to its Climate Science Center, a new hub with facts and quizzes which it says is visited by more than 100,000 people a day.

“I’m not going to say we have it right at any moment in time,” he said. “We continually reevaluate what the state of the world is and what is our role, which starts with trying to allow people free expression, and then intervening when there are harms happening that we can prevent.”

He did not directly answer why Facebook had not banned all climate misinformation ads but said it “didn’t want people to profit over misinformation.”

The documents were among a cache of disclosures made to the U.S. Securities and Exchange Commission and Congress by whistleblower Frances Haugen, a former Facebook product manager who left in May. Reuters was among a group of news organizations able to view the documents.

In the comments on an April post highlighting Facebook’s commitment to reducing its own environmental impact, including by reaching net zero emissions for its global operations last year, one staff member asked if the company could start classifying and removing climate misinformation and hoaxes from its platforms.

Two external researchers working with Facebook on its climate change efforts told Reuters they would like to see the company approach climate misinformation with the same proactiveness it has for COVID-19, which Facebook cracked down on during the pandemic.

“It does need to be addressed with the same level of urgency,” said John Cook, a postdoctoral research fellow at the Climate Change Communication Research Hub at Monash University who is advising Facebook on its climate misinformation work. “It is arguably more dangerous.” 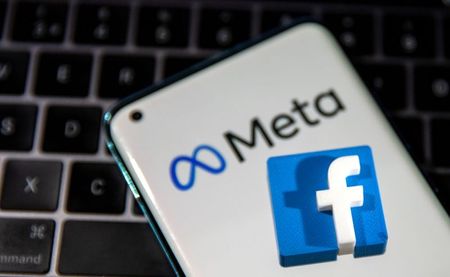 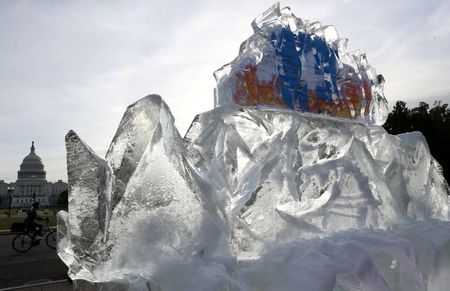 Apple aims to make 30% more iPhones in first half of...