DUBAI (Reuters) – Dubai state-owned property developer Limitless is set to reach an agreement with creditors over some $760 million of troubled debt, documents seen by Reuters showed – its third restructuring in a decade.

Limitless, along with Nakheel, was among the biggest casualties of Dubai’s property crash and the subsequent debt crisis that began in 2009.

Creditors will have the option to settle their debts at a 50% discount or to extend their current positions through a seven-year loan.

The restructured loan would be split into U.S dollar and UAE dirhams tranches and would include mandatory pre-payments from asset sales, the documents showed.

As part of the restructuring, Limitless would sell land at Al Wasl, a $12 billion project it planned on the outskirts of Riyadh in Saudi Arabia.

The group will keep part of the sale proceeds to stabilise and fund the business.

Limitless reached a first restructuring agreement in 2012 and a second in 2016.

The company, the former property arm of Dubai World, was a victim of Dubai’s corporate debt crisis, which was triggered in 2009 by Dubai World’s request to delay repaying $25 billion in debt.

Dubai World reached an agreement in 2011 with banks to extend debt maturities and transferred the ownership to the government of Limitless, along with Nakheel Properties, which restructured its $16 billion debt in 2011. 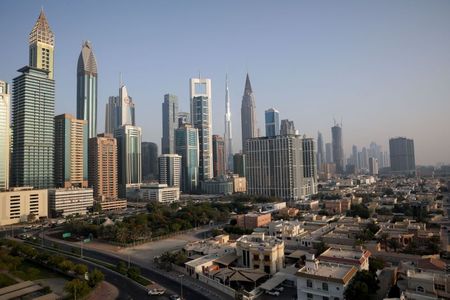 Will office buildings ever be the same? Empire State offers clues

Analysis: Wall Street cheers on Biden stimulus plan but worries about the cost