Home List of Stocks Stock Picks DOW futures hint at “limit down” with a 700+ points drop! 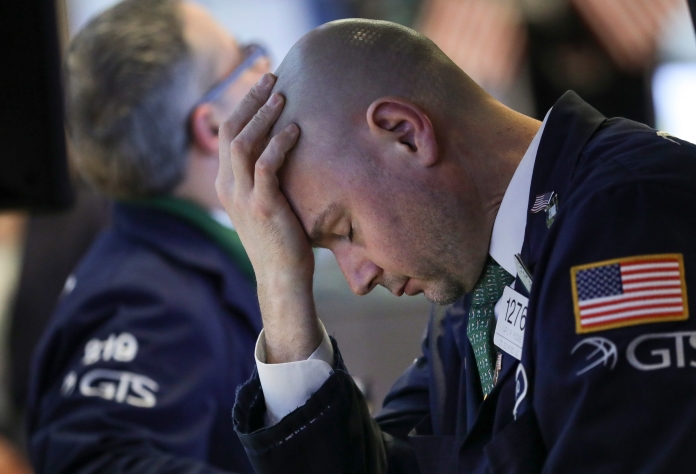 On Monday early morning, the US stock futures took a nosedive once again and Wall Street awaits further fiscal stimuli from the government to boost the economy. The new fiscal stimuli bill failed the key procedural senate vote on Sunday as Democrats felt that the measure isn’t enough to cushion the blow from the Coronavirus outbreak.

In the early hours of Monday, the futures of DOW pointed at a 710 point loss for the index on Monday morning. The futures of the S&P 500 and Nasdaq 100 also hint at losses when the market opens for trading on Monday. Previously in the session, the futures hit the “limit down” with a loss of 5% before the market even opened. No trading is allowed when such a steep drop is noted which is why the limit down is set in the market.

The difference of opinion in the Senate regarding the fiscal stimuli bill was regarding the fact that Democrats believed that the bill was way too much inclined on pulling back companies rather than supporting daily wage workers. However, it is expected that the disagreement on the bill will be resolved in the next 24 hours. The package is supposed to be around $2 trillion, which is 10% of total US economic output. On the other hand, last week the US President, Donald Trump signed a $100 billion bill that assured paid leaves for all in the US.

The shutdown of small businesses and companies will lead to layoffs and permanent closures and it will in-turn affect the corporate earnings. The decline in corporate earnings will lead to the economy slowing down and it will continue even when the virus is long gone. The number of cases is constantly on the rise and it is near about 300000. This is why Wall Street is seeking a relief package from the government.

The intensity of the outbreak is so huge that the NYSE has shut down its trading floor and asked every transaction to be done digitally. The market is reflecting the grim reality that the situation will turn worst before it improves substantially. This suggests that the equities will be hit hard further and the investors still have some hard time to come. Stocks have suffered their biggest one week decline since the year 2008 as the S&P 500 shed around 13%. All these losses combined make up for around 32% that has been lost in the US stock market since February 19th. The expectation from the US economy is low at this point of time and this is more because experts believe that the contraction will continue further into the second quarter of the year.

J&J to contribute up to $5 billion to potential U.S. opioid settlement

Banks weigh up home working – the new normal or an...