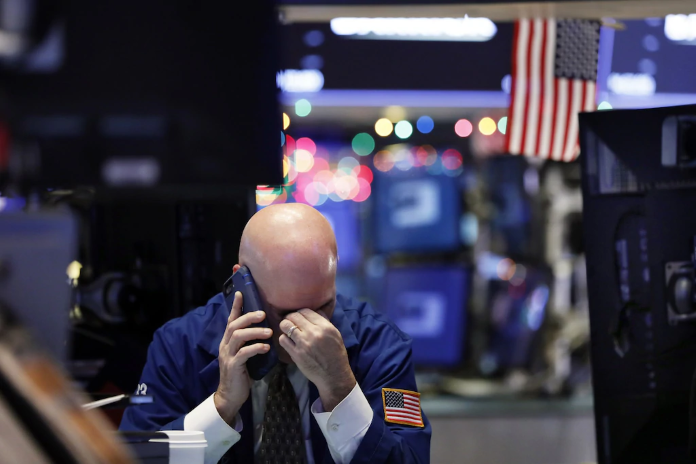 The previous session of the US Stock market brought smile on the face of every investor due to the major rally. However, on Thursday morning, the DOW Jones future indicate that the index will lose out on some gains it made yesterday. A negative open of around 414 points was on the cards for the DOW after the futures slipped 308 points at around 3:45 a.m. On the other hand, the S&P 500 as well as the Nasdaq- 100 futures both hint at a low start.

This week has been a roller coaster ride for Wall Street with the 30-stock DOW going 1000 points and above on both positive and negative side in a span of 3 days. After the surge in the market on Wednesday, the three major indices finally stepped out of the correction territory. This means that all of these indexes are around 10% down from their 52-week high, respectively.

Speaking of market sentiments, there are numerous factors that have played their part. Right from the news regarding Coronavirus outbreak to the triumphant run of the former Vice President Joe Biden in Super Tuesday.

Previously in this week, the Federal reserves cut their interest rates by a half-point which had substantial impact on the stock market. However, the market did gain ground again on Wednesday as other central banks also decided to follow the footsteps of the Fed. The decision to cut the rate is mainly due to the fact that Coronavirus poses serious threat to the global economy.

The decision by Fed to cut rates wasn’t accepted happily by the experts as they believe that the economy isn’t yet at such a situation where the Fed needs to cut rates. The crisis is yet to set in and hence it is very early for the Fed to offer a half-point rate cut.

The market is facing uncertainties and such a situation is here to linger as long as the Coronavirus headlines keeps doing the round. While many could be of the view that buying the dip is the ultimate choice to rake in profit in the long-run, it is suggested that you properly analyse the stocks before you choose to put in your hard-earned money.

Vans, not glamorous, but key as EU weighs autos mega-merger

Airbus to be world’s largest planemaker for second year

Daimler to stop building sedans in the U.S. after second-quarter loss

UK economy to slump over 10%, debts to surge: Moody’s

By Mike Spector and Chibuike Oguh ...

By Alwyn Scott and Anshuman Daga ...

‘This is not normal’ – Wall Street grows wary of stock bubbles

Carl Icahn sells over half his Herbalife stake for $600 million