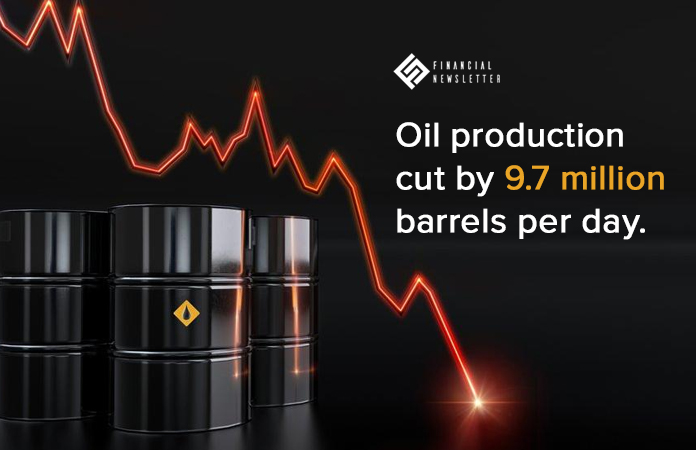 The stock futures indicated a low on Monday early morning as various oil-producing nations and OPEC came to a deal on cutting down major production. This was a big blow to the investors as they hardly coped up from the recent set back with due to Coronavirus in the market.

The DOW Jones futures were trading 339 points lower and it hinted that the market will face a drop of 330 points as it opens on Monday morning. Not only the DOW, the S&P 500 and the Nasdaq futures also indicated at a drop on Monday.

The group of countries, that constitutes the OPEC +, decided on cutting down production by 9.7 million barrel/ day. This was the single largest production cut in history! Donald Trump commented that this will save a huge number of energy jobs in the US and hence be beneficial to all of us.

Oil has been a tricky territory for a long time now. It was early March from when the prices of Oil have gone down by a huge 40%! It was majorly due to a possible price war between Saudi Arabia and Russia at a moment when Coronavirus was already eating up the market silently.

The oil price movement comes on Sunday after the week where the DOW Jones, S&P 500 and the Nasdaq enjoyed its best gains for four decades! The stock market rally was constantly pushing the market higher in the previous week and it brought out the market from bear territory. The market is cautiously optimistic at this time due to the fact that the numbers of cases are slowing down in the US. The country is expected to slowly resume normal functioning from next month onward. Even if the normalcy comes back to the market, it is difficult to estimate whether consumer behavior will remain the same post-corona or not.

The number of confirmed cases in the US stands at 550,000 as per data released by John Hopkins University. Out of these many cases, around 189,000 cases are from the New York City itself! The total death toll in the country has reached 21,000 as of now. All of these show that the various methods taken to stall the spread of the virus are working and the mist on the future is slowing clearing up.

UK economy set to grow faster than the U.S. this year – Goldman