Home List of Stocks Stock Picks DOW below 20000 points as Oil and Bonds drop too! 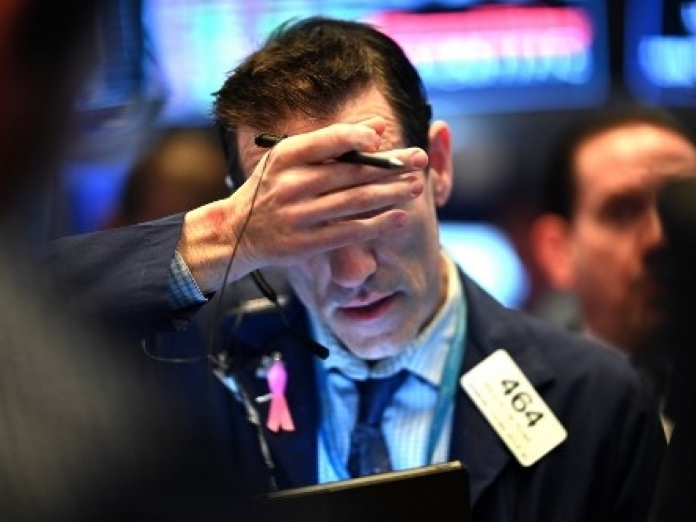 Be it stocks, commodities or bonds, all of them fell significantly on Wednesday as investors preferred to keep cash in hand rather than in a market that is only doing down. The DOW slipped below 20000 points for the first time since February 2nd, 2017. The yield on month-treasure bill fell into the negatives after 5 years while oil prices fell sharply to its lowest level since 2002.

The loss of more than 7% on the S&P 500 index triggered the circuit breaker for the fourth time this month. Myriad stocks were at their lowest levels since the last 5 years and the entire market slumped steadily throughout the day. United Airlines Holdings, MGM resorts international and carnival, all of these three major stocks lost at least 25% by the time the day closed at the stock market. The trend in the market showed that the investors even left behind government bonds and gold assets, which are generally touted as safe havens when such a decline in the market occurs. The price of gold fell by 3.1% while for silver it dropped by 5.9%. The yield on 10- year treasury rose to 1.259% from 0.994% in Tuesday.

Such a trend clearly suggests that as people are now aware of the US treasuries, they completely know that nothing is safe. This is why the only option is to stash the cash and hold for some time unless the coronavirus outspread reduces to a certain extent.

The DOW might have ended with 1338.46 points or 6.1%, there was a point in the day when it was down by at least 2300 points. The Nasdaq Composite Index declined by 4.7% to end the day at 6989.84 points. When compared, each of the significant indices are down by around 30% in respect to their mid0february highs. The steep decline has left the market extremely volatile as there has been around 33% drop for the DOW in the last 24 sessions. Investors are checking the futures before going to sleep and if it shows that the stocks aren’t hitting “limit down”, it is good news for them!

The market is losing points at a pace in which the virus is infecting people. COVID-19 has already affected 200000 people globally which is twice the number it has a couple of weeks back. Such pace further fuels panic in the market and hence the sell-off spree is never-ending. As per data, the S&P index has lost or gained at least 4% continuously in the last 8 sessions. This is the longest streak for the index as previously it had such a six-day streak during the 1929 market crash.

Apple, GroupM, others ask for tough protection for data in Google lawsuit

By Yilei Sun and Tony Munroe ...

(Reuters) -Two men died after a Tesla vehicle, which was...

Clubhouse closes new round of funding that would value app at $4 billion –...

Canada to set aside C$12 billion to extend main pandemic supports in budget –...

(Reuters) -Bitcoin, the world's biggest cryptocurrency, fell as much as...

Tesla surges as fund managers face big decision: How much to...

Positive about flying? Airlines look to COVID tests that give results...

Clubhouse closes new round of funding that would value app at $4 billion –...