(Reuters) – Dollar Tree Inc on Tuesday announced the exit of finance chief Kevin Wampler and some other top executives, weeks after the discount chain reached a settlement with activist investor Mantle Ridge to revamp the board.

Mantle Ridge, among the company’s largest investors, in December pushed for the board “refresh” and a review of its business strategy, saying the stock price was then lagging competition.

This year, however, shares have bounced 12% as investors expect more consumers to trade down to dollar stores due to record inflation.

Wampler, who has been Dollar Tree’s chief financial offer for nearly 14 years, will exit the role once a successor is named and stay with the company as an adviser till April 2023.

Chief Operating Officer Thomas O’Boyle and three other executives are also no longer with the chain, Dollar Tree said, and the company is in advanced talks with several candidates for some replacements.

Executive Chairman Rick Dreiling said in a statement that the board was fully aligned with CEO Mike Witynski “that now is the right time to bring in new leadership to ensure Dollar Tree remains on a strong trajectory”.

(Reporting by Praveen Paramasivam in Bengaluru; Editing by Devika Syamnath) 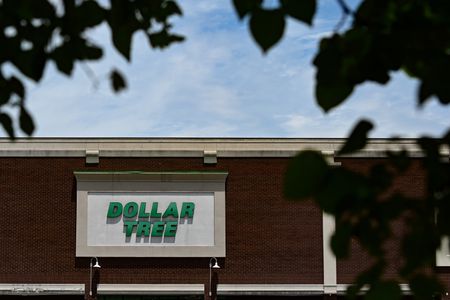