NEW YORK (Reuters) -The U.S. dollar strengthened across the board on Tuesday as Treasury yields climbed and worries over a further acceleration in global inflation depressed investors’ risk appetite.

The dollar was supported by demand for safe havens. U.S. stocks fell on Tuesday as soaring oil prices and hawkish comments from a U.S. Federal Reserve official spooked investors.

U.S. Treasury yields climbed on Tuesday, a day after Fed Governor Christopher Waller said the Fed should be prepared to raise interest rates by a half percentage point at every meeting from now on until inflation is decisively curbed.

The U.S. Dollar Currency Index, which tracks the greenback against six other major currencies, was up 0.3% at 101.76, on pace for its best one-day gain in nearly two weeks. The dollar index, up about 6.4% for the year, is down 1.4% for May, on pace for its worst monthly loss in a year.

President Joe Biden told Fed Chair Jerome Powell on Tuesday that he will give the central bank the space and independence to address inflation as it sees fit, according to a top aide.

Tuesday’s bounce in the U.S. dollar suggests better support for the dollar index around its 50-day moving average, which the index has been testing over the past couple of sessions, Shaun Osborne, chief currency strategist at Scotia Bank, said in a note.

The dollar index has not closed below its 50-day moving average since mid-February but has drifted closer to it over the last several sessions.

“We think the USD is unlikely to rally significantly and still consider price action to reflect the early stages of a broader reversal in the recent USD bull trend.” Osborne said.

For now, the euro remained weak as data on Tuesday showed euro zone inflation hit a record high in May, adding pressure on the European Central Bank as it fends off a recession and looks to curb high prices with gradual interest rate increases in coming months.

Inflation in the 19 countries sharing the euro accelerated to 8.1% in May from 7.4% in April, beating expectations for 7.7% as price growth continued to broaden, indicating that it is no longer just energy pulling up the headline figure.

Against the dollar, the euro fell 0.5% to a five-day low.

News that European Union leaders agreed in principle on Monday to cut most oil imports from Russia by the end of this year sent oil prices higher and offered some support to commodity currencies.

The Canadian dollar touched 1.2653 per dollar, near a one-month high struck overnight, ahead of Wednesday’s Bank of Canada meeting at which all 30 economists polled by Reuters expect a 50-basis-point rate hike to 1.50%.

(Reporting by Saqib Iqbal Ahmed; Editing by Will Dunham and Jonathan Oatis) 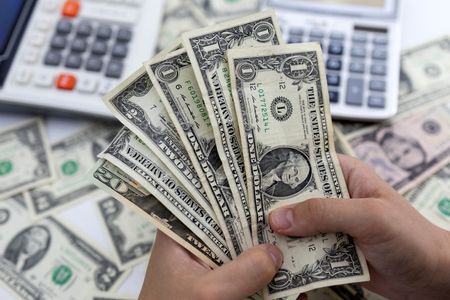 Discovery to combine its Discovery+ with WarnerMedia’s HBO Max

UK pay settlements rise to 2.2% as wage pressure starts to...

Qantas expects to reach 115% of pre-COVID domestic capacity levels by...