The BoE said most of it policy members still thought “there was value in waiting” for more data on the labor market.

The Fed announced on Wednesday a $15 billion monthly cut to its $120 billion in monthly asset purchases, but Chair Jerome Powell said he was in no rush to hike borrowing costs.

Also on Wednesday, European Central Bank President Christine Lagarde pushed back on market bets for a rate hike as soon as next October and said it was very unlikely such a move would occur in 2022.

“The market has really had to reset itself as far as exactly how quickly some of these major central banks are going to be tightening policies,” said Edward Moya, a senior market analyst at Oanda.

While the Fed may still lag some of its peers in eventually raising rates, its accommodative policy will spur economic growth and continue the American exceptionalism theme coming out of the pandemic, supporting the greenback, he said.

The dollar index swung back from a low of 93.80 shortly after the Fed announcement on Wednesday to 94.327 as of 3:30 p.m. Eastern time on Thursday.

“I think most people would have been looking for a dip to buy the dollar,” said Kit Juckes, a macro strategist at Societe Generale.

The lack of a BoE rate cut sent sterling, which had initially led the gains on the dollar after the Fed, tumbling. It was last down 1.33% at $1.3502, its lowest level versus the greenback since Oct. 1, even as the British central bank kept alive the prospect of tighter monetary policy soon.

“The Fed gave the market plenty of time to discount taper. They were very effective in their forward guidance. The Bank of England, on the other hand, had been hawkish and the fact that they did not deliver on the hawkishness today went against market expectations,” she said.

The Aussie dollar lost 0.62% to $0.7402, slipping further from Tuesday when the Reserve Bank of Australia adopted a dovish tone at its key meeting. 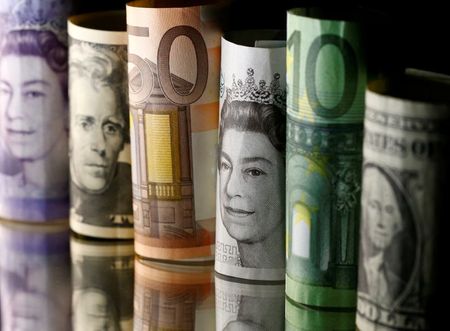 Disney wants to become the happiest place in the metaverse

After criticism, Apple says it will delay child safety updates

Analysis-CEOs and central bankers talk past each other on inflation