NEW YORK (Reuters) -The dollar was nearly flat on Wednesday in choppy trading, after backing off of an almost five-month trough versus major peers, as traders waited for employment data later in the week to paint a clearer picture of the state of the U.S. economic recovery.

“We’re basically treading water, I think, until nonfarm payrolls,” said Boris Schlossberg, managing director of FX strategy at BK Asset Management referring to the jobs report for May due on Friday.

The previous jobs report, for April, came in much weaker than expected, sending the dollar sharply lower. Then earlier this week, manufacturing data showed that while activity spiked due to pent-up demand amid the reopening from COVID-19 shutdowns, labor shortages actually hampered the sector’s growth potential.

“It’s basically showing that a huge amount of the recovery trade is baked into the cake at this point and the whole recovery curve may be a lot slower than people anticipate,” Schlossberg said of the data.

Another weak nonfarm payroll report would put pressure on Treasury yields, which in turn would weigh on the greenback, he said.

Producer prices in the euro zone rose more than expected in April, boosted by a surge in energy costs, data showed. But the European Central Bank, which wants to keep consumer price growth close to 2% over the medium term, said that while inflation may temporarily rise above its target this year, anemic wage growth will likely keep it in check for years to come.

Investors were also eyeing the trajectory of China’s recently bullish yuan. It eased 0.07% to 6.38 per dollar in offshore trading, after retreating from a three-year high of 6.3526 on Monday as policymakers took steps to cool its advance, including raising banks’ FX reserve requirements.

The price of dogecoin surged 25.31% to 0.402919, according to Coindesk, following cryptocurrency exchange Coinbase’s announcement that it would allow trading of the meme-based digital currency on its professional platform. Dogecoin topped 72 cents on May 7 ahead of an appearance by Elon Musk, chief executive of Tesla and one of dogecoin’s biggest boosters, on the “Saturday Night Live” sketch comedy show. 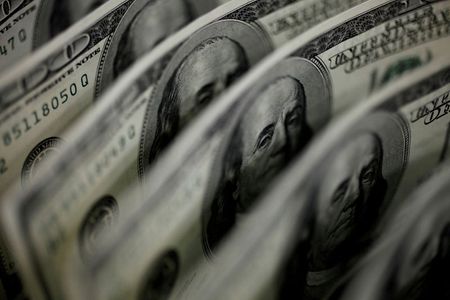 Aircraft parts output is being grounded by worker shortages