New York (Reuters) -The dollar hit its highest level in more than a year on Friday after data showed more jobs were created in the United States than expected in October, providing the U.S. Federal Reserve more proof that the economic recovery has regained momentum.

Nonfarm payrolls increased by 531,000 jobs last month, above the 450,000 jobs forecast, as the surge in COVID-19 infections over the summer subsided.

Data for August and September were also revised upward to show an additional 235,000 jobs were created over those months.

The dollar index, which measures the greenback against a basket of six rivals, rose as high as 94.634 after the jobs report, its firmest since Sept. 25, 2020.

The safe-haven currency pulled back after hitting its fresh peak as risk appetite improved and stocks staged a broad-based rally. The dollar was last down 0.057% at 94.271, but was still up around 0.14% for the week, which was marked by a bevy of central bank meetings that forced investors to reset their rate hike expectations.

Fed Chair Jerome Powell said on Wednesday he was in no rush to hike borrowing costs, as there was “still ground to cover to reach maximum employment,” even as the central bank announced a $15 billion monthly tapering of its $120 billion in monthly asset purchases.

“The payrolls print is certainly in line with Powell’s statement at the Fed press conference, where he noted that job gains of this magnitude are consistent with the notion of making substantial further progress,” TD Securities strategists said in a note.

The conditions are in place for a broad grind higher in the dollar, which also meshes with the seasonal trend for November, they said.

One soft spot in the U.S. employment report was a flat participation rate, which could end up spurring the Fed into action faster than expected, said Sal Guatieri, senior economist at BMO Capital Markets

“The trend here could determine the course of Fed policy, as continued weakness in participation will only grease the jobless rate’s decline … which could very well lead to a faster pace of tapering and earlier rate hikes,” he said.

The Bank of England’s decision on Thursday not to lift rock-bottom benchmark rates proved the biggest shock for markets and pushed sterling to its biggest one-day fall in more than 18 months by as much as 1.6% on the day.

Earlier in the week, the Reserve Bank of Australia also stuck to its dovish stance despite inflationary pressure and held rates. The Aussie reversed declines from the overnight session and was up 0.07% at $0.7404, but was still on track for around a 1.5% weekly fall.

European Central Bank President Christine Lagarde pushed back on Wednesday against market bets for a rate hike as soon as next October and said it was very unlikely such a move would occur in 2022. 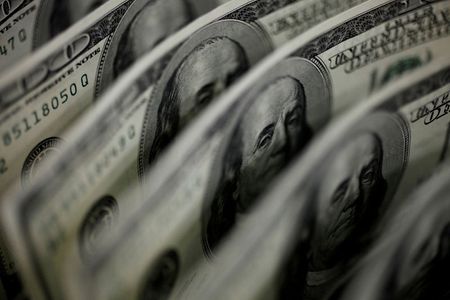