NEW YORK (Reuters) – The dollar index rose for a second straight day on Thursday, erasing initial declines while the euro turned lower after the latest policy announcement by the European Central Bank (ECB), which signaled the bank was set to begin raising interest rates.

The ECB ended a long-running stimulus program and said it would deliver its first interest rate hike since 2011 next month, followed by a potentially larger move in September as it seeks to tamp down rising inflation.

But a lack of any details for a plan about dealing with fragmentation concerns in the region helped send the euro lower against the dollar. The ECB has said that fragmentation, a divergence between borrowing costs for different European countries, hampers the execution of its monetary policy.

“We know QE is rolling off but they themselves have started to float the idea of a special contingency plan to fight fragmentation risk, but they haven’t given us any details,” said Huw Roberts, head of analytics at Quant Insight.

“Because they have been talking about a contingency plan the market was hoping for a bit more color, a bit more detail about what they would do. The lack of any detail is a disappointment.”

Goldman Sachs said it now expects the ECB will hike by 25 basis points in July, followed by hikes of 50 basis points each in September and October, before dialing back to a 25 basis point hike in December.

Most central banks around the globe have been taking actions to stem the tide of rising inflation by hiking interest rates, and investors will get a look at the latest reading on U.S. inflation on Friday in the form of the May consumer price index (CPI). The consensus forecast calls for a year-over-year inflation increase of 8.3%, unchanged from April.

While some investors have been hopeful that inflation may have peaked, a recent run higher in oil prices to a 13-week high have dented that optimism, boosting the appeal of the safe-haven dollar.

U.S. data on Thursday showed the labor market remains very tight, with weekly initial jobless claims rising to a seasonally adjusted 229,000 for the week ended June 4, the highest since mid-January, and above the 210,000 estimate.

The U.S. Federal Reserve is scheduled to announce its next policy statement on Wednesday and the market is completely pricing in a rate hike of at least 50 basis points from the central bank, according to CME’s FedWatch Tool https://www.cmegroup.com/trading/interest-rates/countdown-to-fomc.html?redirect=/trading/interest-rates/fed-funds.html.

In contrast, the Bank of Japan (BOJ) has been one of the few central banks not to take action on rising prices, which has caused the yen to drop to a two-decade low against the dollar and a 7-1/2 year low versus the euro. Governor Haruhiko Kuroda said on Wednesday that the yen weakening was positive to the economy as long as moves were stable, while adding that FX policy was not the authority of the BOJ. 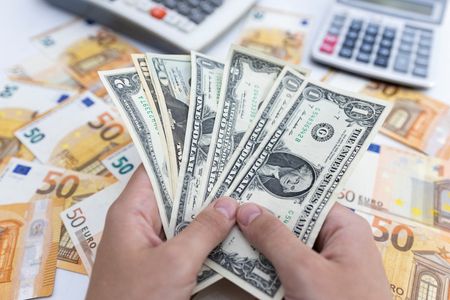 Russia’s central bank says it will stop buying gold at a...