DUBAI (Reuters) -Disney+ launched its steaming service in the Middle East and North Africa on Wednesday, vying for market share in a region where the population is young but few people so far use such services.

Disney+ said it had gone live in 16 Arab countries and was tailoring content for the region, including offering Arabic subtitles on most offerings, particularly popular content.

Netflix currently leads in the region, with more than 6.8 million subscribers, according to Digital TV Research. Starzplay, an Abu Dhabi-based competitor, ranks second with just under 2 million, followed by Amazon with 1.4 million.

Starzplay is also working on original Arabic content, its CEO Maaz Sheikh told Reuters last week. He said the region had plenty of room for growth, since streaming penetration was 10%.

Digital TV Research forecasts that Netflix will grow its base to 11 million by 2027 and that Disney+ will by then take the second spot with nearly 6.5 million. Amazon is seen reaching 4.8 million subscribers by 2027 and Starzplay just under 3 million.

“In my opinion, Disney+ is entering the Middle East and North Africa region at a great time. Compared to other streaming markets, ours is still in early stages and we have the unique opportunity to grow along with it,” Tamim Fares, Disney+ director for the region, told Reuters in an emailed statement.

At a Disney+ pre-launch event at Dubai Opera, Mohamed Diab, the Egyptian director of Marvel Studios’ “Moon Knight”, was promoting the original superhero series, which is making its regional debut.

His wife, Sarah Goher, was also a producer on the series, which features ancient Egyptian gods. 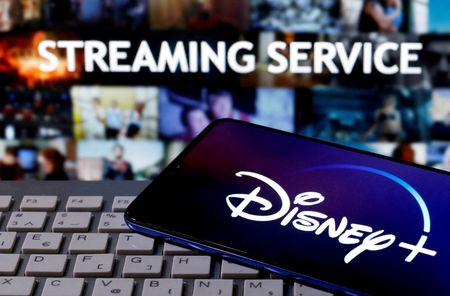 AMD lands Meta as customer and takes on Nvidia, sending shares up 11%

(Reuters) -Indian billionaire Mukesh Ambani has stepped down from the...